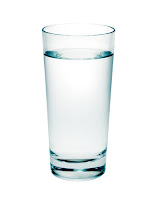 This Saturday, along with my running team, Team In Training, I completed 20 miles. And I feel GREAT! That was such an amazing thing, to run a full 20 miles. I never though I would be able to say that I did such a thing… or even wanted to. This run was easier than the 16 miler and the 18 miler, and I am not entirely sure why. I felt good throughout the whole thing, well up until about mile 16 or 18, I can’t remember. Around that time my right hip (which has given my a lot of trouble on other runs) started to hurt a little but it was completely bearable. The last 2 miles were tough but I got through it.

Oh, and let me not forget to mention that at mile 3 I was stung by a bee in my arm. Poor bee flew right into my sleeve. And ow. I stopped, flung the bee away, took out the stinger, and thought about turning around and going back to the first water stop that was right around the corner. But that would have been the easy way out and since I’m not allergic to bees, I just kept going. And yes, it hurt, but not for long. Just an interesting thing to tell people when I say I ran a full 20 miles. haha.

So, getting back to the run, when I finally finished, in the 95+ degree heat, I felt incredibly nauseous and my legs ached. I finished 2nd from the running group so I didn’t see anyone. The only thing I could do was find a shady spot next to our meeting spot and almost curl up into a little ball. I felt horrible. I was dehydrated. Someone from the team found me (and saved me!) and took me over to where the rest of the team was to meet. She gave me salt (ew) and I rested. After about 5 minutes I started to feel MUCH better. I had not realized how out of it I was.

So after a few more minutes I went home, took a nice 10 minute ice bath (thank goodness for those!!) and grabbed some food while I ran errands with the boyfriend. I must not have had much water to drink while we were out because around 2:00pm I started getting a headache. This lead to the worse headache I have ever had in my life. And it stayed with me until Sunday afternoon, despite my drinking water. Although, on Saturday I know I did not drink enough, which will never happen again now that I know the consequences… Ug. So, water is definitely my friend. 😉