Happy New Year’s Eve, everyone! I’ve been a little MIA lately. I have been super busy and am now at my parents’ house for the New Year. My boyfriend and I are spending some time with the parents for a couple of days. Much needed. And my dad is not doing so well in the health department so I’m glad to be able to hang out with him.
Anyway, I didn’t get to post some of the other gifts I received for Christmas.

Cuisinart, 11 Cup, from my Parents
I was so excited!! This beats my little 4 cup mini processor. 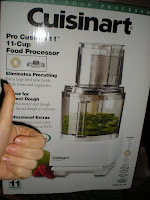 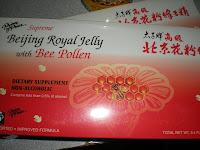 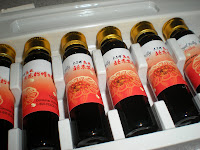 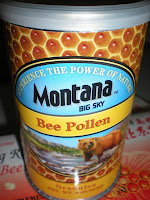 Fun stuff! So what did I do the second I got home with my Coconut Flour…? 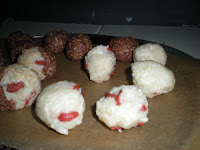 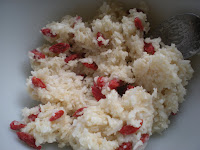 (these were made with coconut flour, shredded coconut, agave, maple syrup, coconut oil and butter,
mesquite powder, vanilla and almond extract, and salt) 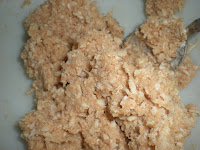 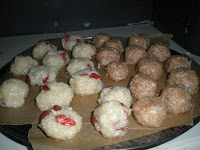 The last couple of days, *cough* since I have not been blogging *cough*, I have been doing a lot of yoga. Vinyasa Power yoga classes were on Monday and Wednesday morning. Bikram yoga was on Tuesday, along with a couple of P90X routines thrown in there along the way. As most of you know, I have already finished my first round, 90 days, of P90X. I will be starting the program again in a couple of weeks. For now, it’s nice to have time to do some other exercises. Since the P90X program is to be done six days a week, each an hour, it doesn’t leave that much time to do other things I love like running or yoga. Well, you could do more than an hour of exercise a day, but when it’s cold out and dark early, honestly, I just want to come home and hang out. Nothing wrong with that for now.

And, both of the boyfriends’ parents are still home so we have been eating well… 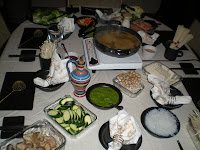 The table was completely packed with King Oyster mushrooms, shitake mushrooms, and two other varieties, bok choy, napa cabbage, snow peas, zucchini, mung bean sprouts, and chicken.
All placed in a big special “soup” pot in the middle of the table, heated, and eaten. 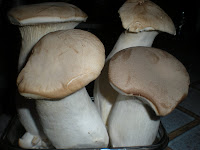 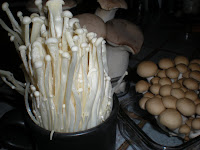 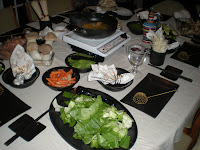 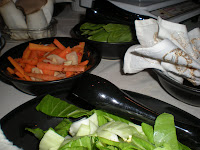 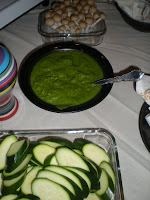 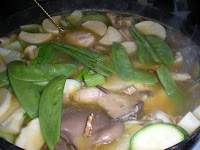 For dips, we had a mint green sauce, tahini sauce, nama shoyu, and plum sauce. It was all delicious and super filling.

And then we came home to my parents’ house and get to eat more! Sheesh… so much food everywhere!

For dinner tonight we are going to have homemade lasagna (thanks Mom!), grilled salmon, and a giant salad ala RunLoriRun (I need greens). Not sure why we’re making so much food, but hey, we’ll have variety, I guess.

I hope everyone has the change to stay up tonight and take a look at the “Blue Moon” that happens once in (a Blue Moon, sorry the boyfriend told me to write it…) every 20 something years on New Year’s Eve. The Blue Moon is really just a second full moon in the same month, but it is suppose to be beautiful, just the same.

Until next year, Ciao!