Pain in the… hand

I hope everyone’s Saturday went well! Although mine went by way too quickly, it was well spent.

One thing I would like to mention before going forward with the post, if there are any spelling mistakes here is why:
Last night, Friday night, my boyfriend and I were rough-housing (get your head out of the gutter) and I got a little too into the whole “I’m tougher than you” persona I like to put on, and I punched him in the hip bone, fell to the ground in pain, and shed a tear or two. All in that order. I don’t know if my hand and/or wrist is broken but it definitely feels like it. Fantastic. Right now I’m typing with a wrist brace on my right hand wishing that it didn’t hurt and that tomorrow I could wake up and be able to continue my weight lifing or push-ups for the last 2 weeks of my P90X workout, but really, I don’t think that is going to happen.

So, while I wollow in the stupidity of trying (and failing) to be a professional boxer, I’ll recap my day for you.

The boyfriend, pretend mother-in-law, and I did a little grocery shopping, got a chai tea and coffee at the local farmer’s market, chopped a two weeks supply of fire wood (Yep, we live in the woods, use an axe… and use a wood burning stove and everything! LOVE IT!), and had a fantastic dinner. 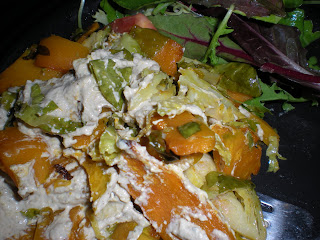 I made a rendition of my Baked Root Veggie Scramble with Creamy Raw Sauce but with kabocha squash instead of butternut and brussel spouts instead of other root veggies. So, it was pretty much this recipe by the twins at Pure2Raw. Either way you look at it, it was extremely good, again! Raving reviews by my boyfriend and my boyfriend’s mom! 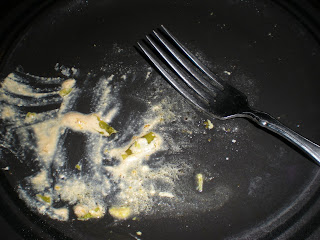 Oh and we had some wine. Honestly, wine is one of my guilty pleasures, that and raw almond butter, miso, and raw sweets, just not all together. That would be gross.


And we did a little beer tasting, making it into a contest. 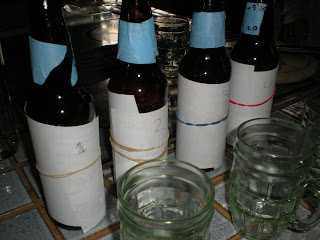 With four different types of beers we had a blind tasting and wrote down which one we thought was which type. My boyfriend is the beer maker, brewing his own beer (a total science!), and boyfriend’s mom, Gabbi, is German, so she automatically knows them all.  😉  Gabbi won.

Me, on the other hand, well, let’s just say I came in last… and I got none of them right… I don’t really drink beer so that is my excuse. Next time we’ll have a wine tasting. (I’ll still probably come in last. ha!)

Today was actually pretty productive. We also bottled my homemade Kombucha. Yum. If anyone is interested in trying to make their own and needs a mother starter, let me know. I’d be happy to try to send it. My Kombucha mother is so big and growing! 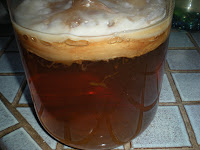 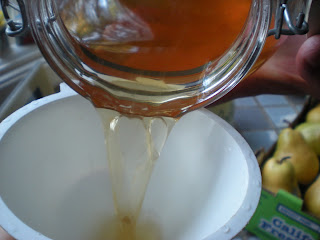 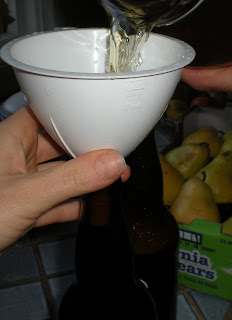 Have a great night everyone!