The Ultimate Raw Ice Cream Cake: Will I win??

After a few days of careful consideration, extreme raw dessert browsing (yum!), and numerous taste tests, I came up with my entry for Heathy’s Raw Ice Cream Cake Challenge. 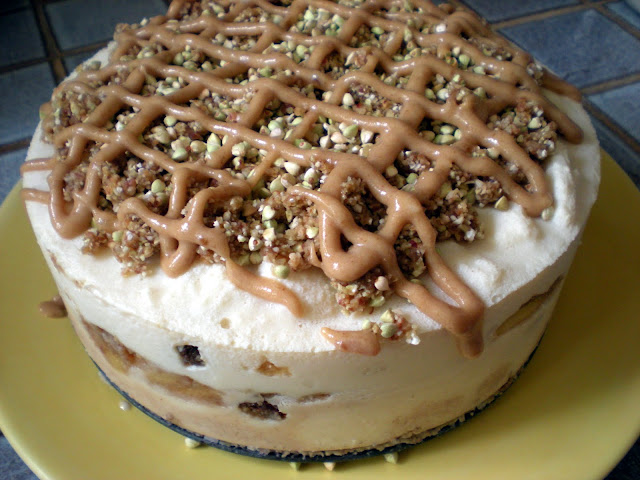 This gem came to me while jotting down endless ice cream cake flavor possibilities. But, in the end, why not sick to the tried and true, apple pie and ice cream? This is my dad’s absolute favorite dessert, although, he eats the refined sugared, gluten-y, fattening mess of the classic. I, on the other hand, took this American favorite to a whole new level. I would like to present to you, the Cinnamon Apple Ice Cream Pie with Caramel Crumb Topping. So, after coming up with the cake idea, I needed some recipes.

Obviously I followed Heathy’s recipe for the actual ice cream cake but I needed some apple pie goodness to create the masterpiece. With a simple Google search, I found Ani Phyo’s tried and true raw apple pie recipe (which I made for Thanksgiving and, Oh MY, it’s great) and Heathy’s raw apple pie recipe. Whatta ya know? Heathy is dominating this recipe, with a Lori touch. 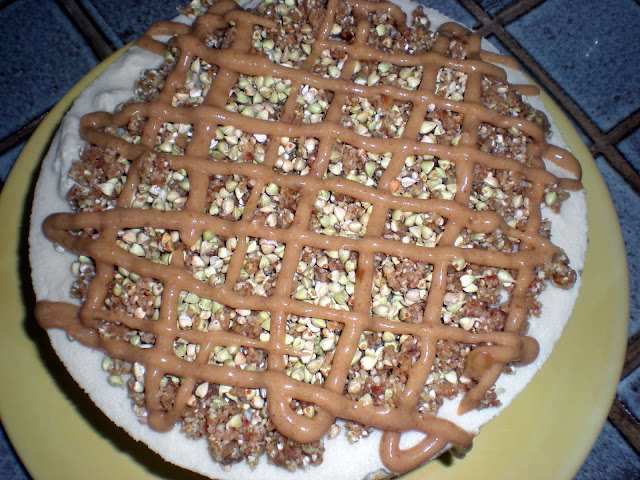 Let me break down this amazing dessert, layer by sweet succulent layer. 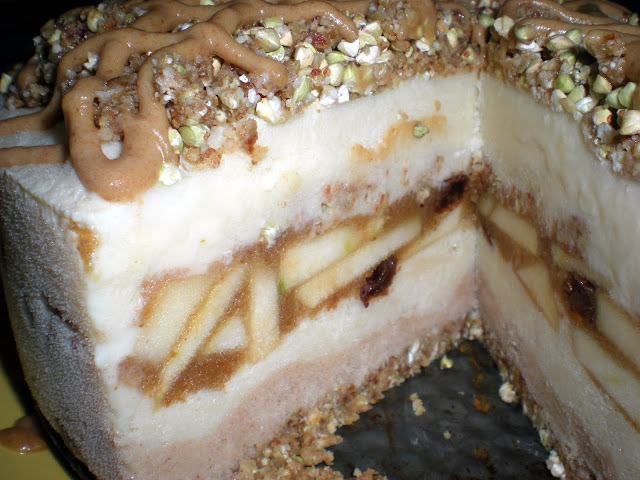 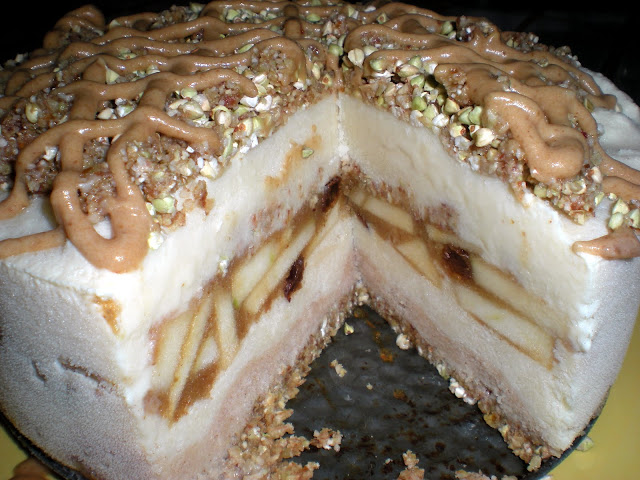 And that, ladies and gentlemen, is how you make an ice cream cake. 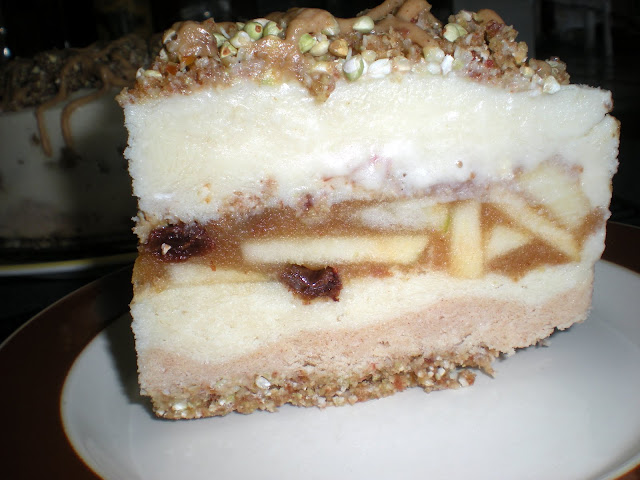 Is how you EAT it. Wow. I really, really wish I could provide you with a utensil to share in this flavor invasion. It tasted EXACTLY like apple pie with ice cream on the side! I am actually amazed at how well this turned out- flavor and all. It was even Boyfriend approved! And that is saying a lot! 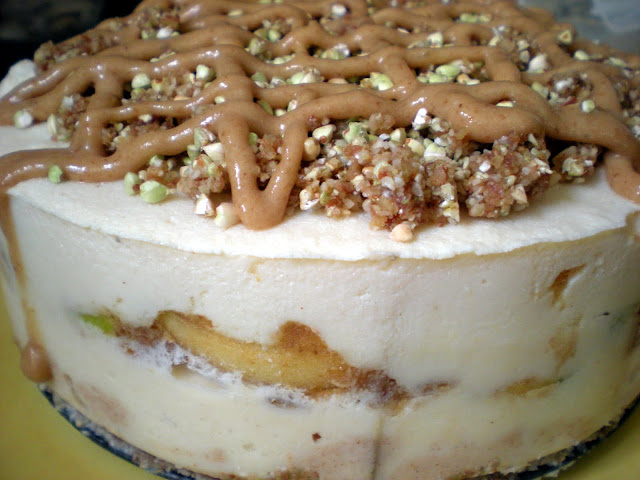 Wish me luck on the contest!!