I think I could count the number of mornings I have risen and not made my beloved green smoothies. Some days I even have two green smoothies, although the heaviness of my blender does make it a bit difficult for me to haul it around with me to work and such. Anyway…

I love green smoothies. And oddly enough, I completely detested them until about 3 years ago. I disliked how they were usually loaded with sugar, even if just from the load a fruits that they were made from, and the lack of filling capabilities they brought to my stomach. I would drink one and be hungry again an hour later. Oh, and then I found the green smoothie. A love I will never part with. I love the leaves of nutrition (literally) it holds. The endless variety of “superfoods” and supplements they are a vehicle for- not to mention the variations of fruits. Yes, after my first green smoothie, it was love at first sip. 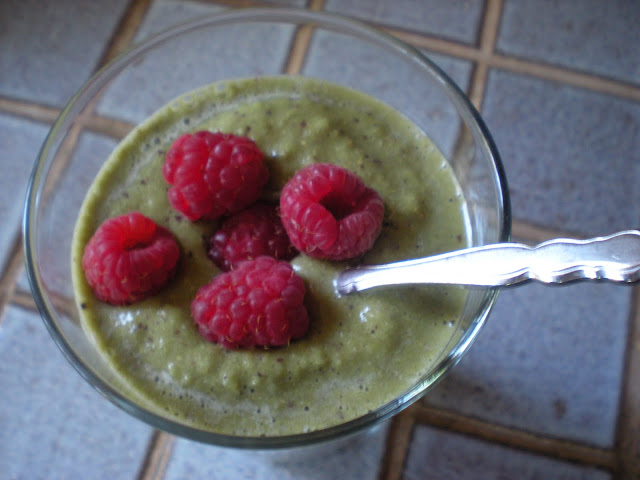 Lately, I’ve been stuck in a bit of a smoothie rut though. I make the same smoothie almost every morning due to lack of creativity. But now that spring has finally bless us with her presence, that shall be ‘a changin’. 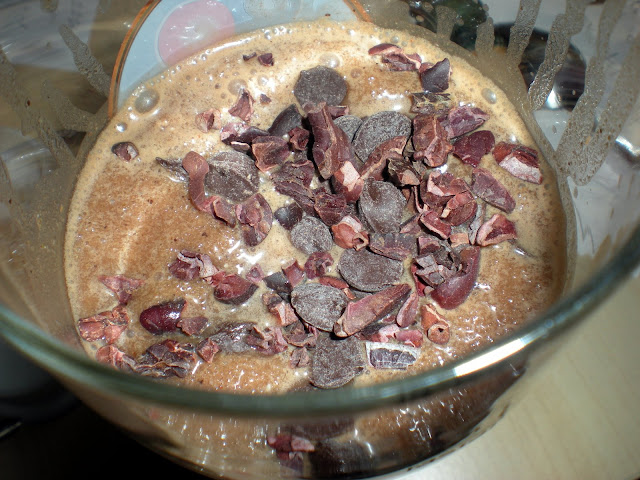 Lately, I’ve been seeing more and more smoothie posts in the Blog World. And why not? Smoothies are awesome. One Frugal Foodie likes simple smoothies. Kristen’s Raw likes green smoothies and even provides tons of recipes. And Katie, with all of her Making Food and Other Stuff, sent me a green smoothie recipe she’s been sippin’, and oh did it sounds great! I’ll be trying it out this weekend and posting her creation. But, since I haven’t made it yet, you can just drool over ones I’ve made in the past year.

But for now… check out my creation…

Blend all and drink up!

What crazy concoction(s) are you blending up this week? Maybe something with kiwis? Mangoes perhaps? What about chili peppers??? <—those are fantastic in smoothies, btw!