Perfectly Paleo Almond Coconut Waffles and a side of WOD 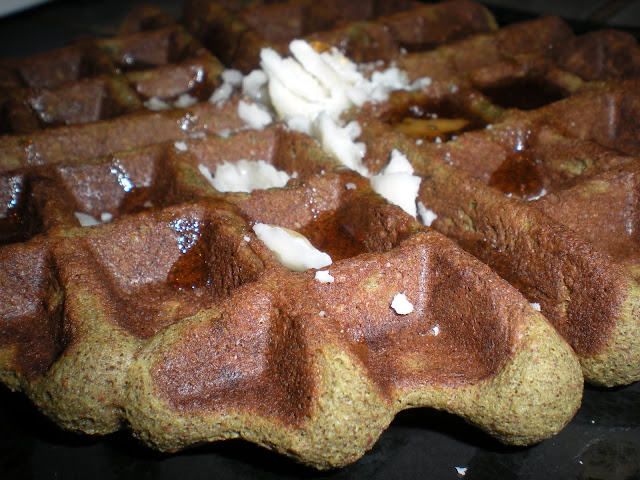 Mix all ingredients together and pour about 1/3 cup batter into a heated waffle maker. Heat until not more steam rises from the waffle maker. 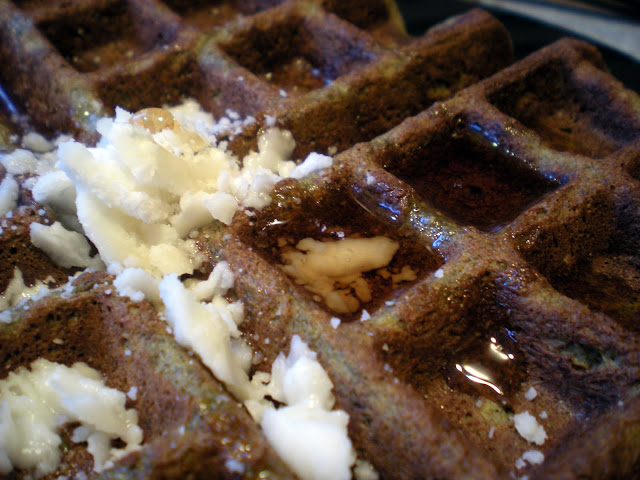 Drizzle with coconut butter or oil, or even butter, if you like, and top with maple syrup, more apple sauce, fresh fruit, whatever your little heart desires. 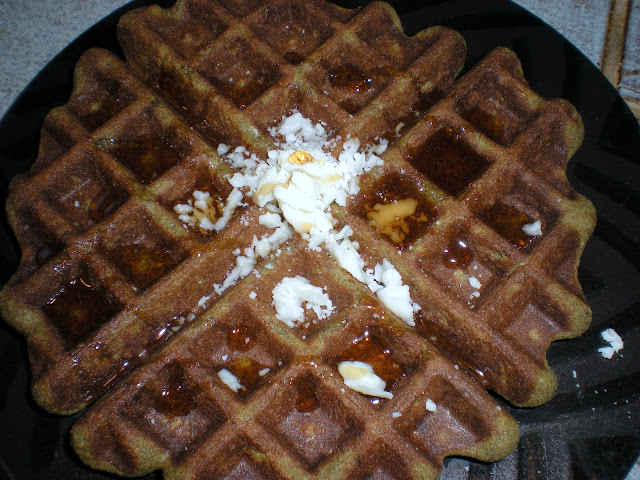 But I know you’re asking yourself, “Lori, these waffles look intensely delicious and genius (well thank you!), but Paleo? Why Paleo again?”

Saturday, I was in a CrossFit Competition.. The LIFEWORX Fitness and CrossFit – 1st Annual Throwdown Competition and BBQ. Pretty much everyone at the tournament, and most CrossFit’ers, eat a predominately Paleo diet. So, in the spirit of the CrossFit Competition, why not make some healthier waffles to eat? Paleo; It’s just a name, anyway. Labels are labels.

For Saturday’s CrossFit Competition, each team was made up of two men and two women. Myself, two men, and one other woman, from my CrossFit Box, made up our team, Los Gatos II. (We had two teams from our gym, Los Gatos I, and Los Gatos II… original names, yes.)

Each team was to perform all three WODs (Workout of the Day), at the end tallying up all the numbers. The competition started at 8:30 am, with four teams in Heat One. The whole completion ended around 2 pm, finishing with a barbeque… of meat… what else? 😉 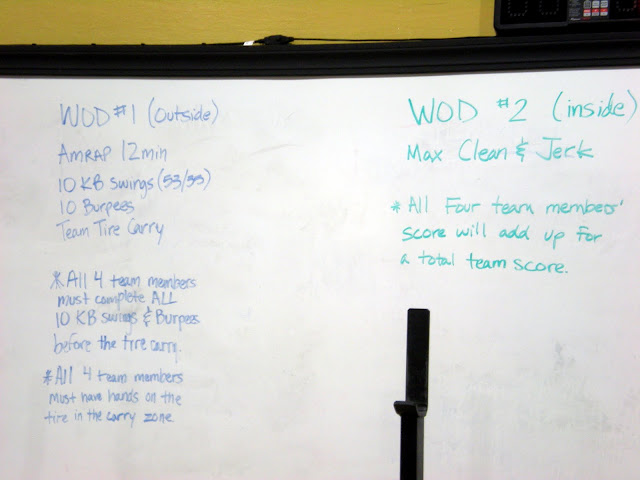 As you can see above, all team members must complete each of the exercises before attempting to carry the tire. 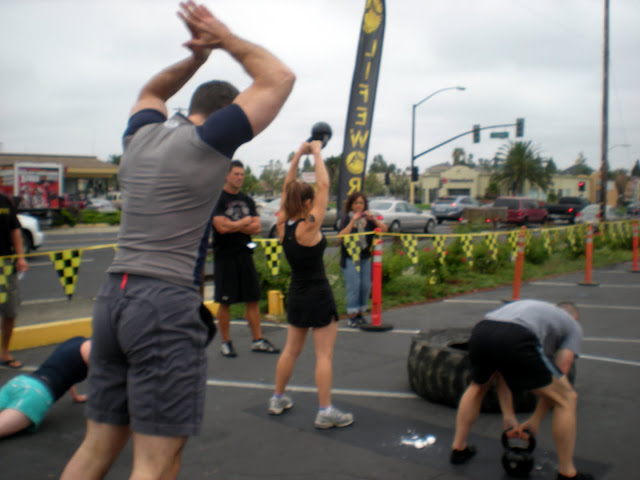 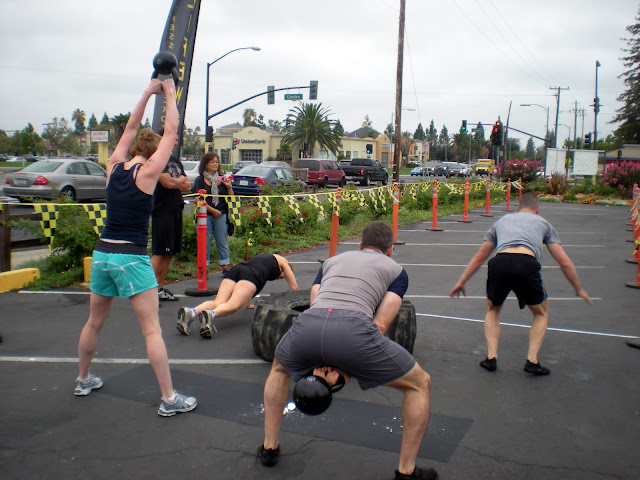 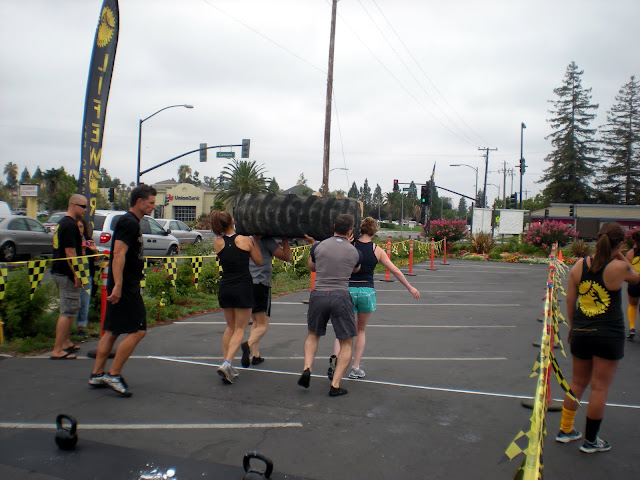 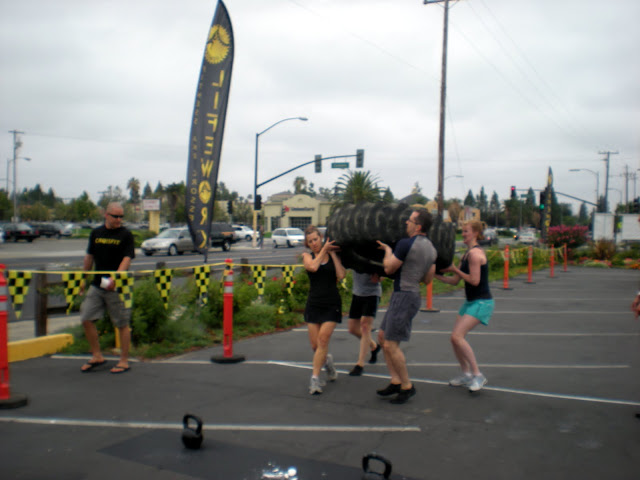 Each team got 20 minutes to get their individual max weight for the Clean & Jerk. Total individual weights added together equaled team total. And for this one, I’d rather not talk about it. This was probably the second or third time I had done a clean & jerk and mine was not pretty. But we totaled over 600 lbs for our team! 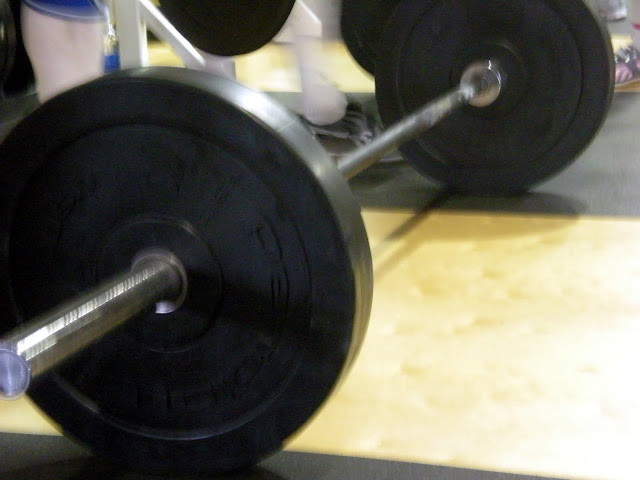 Best Saturday I’ve had in a while! So much excitement, energy, anxiety, nervousness, and encouragement. I was super nervous all day, but was/am tremendously glad I participated. I made some great friends, bonded with teammates/classmates, and had a great time with a great workouts.

Some notes: No, I do not have a tattoo. They offered free airbrush tattoos before the competition started. And wouldn’t you know, when I went home, showered, and looked in the mirror of where the fake tattoo had been, I now have a permanent tan. Lovely.

What did you do this weekend???