I was craving Mexican food the other night, in the form of enchiladas. And since I am not entirely down with real dairy cheese, I decided to go with the vegan variety. Results: Awesome. 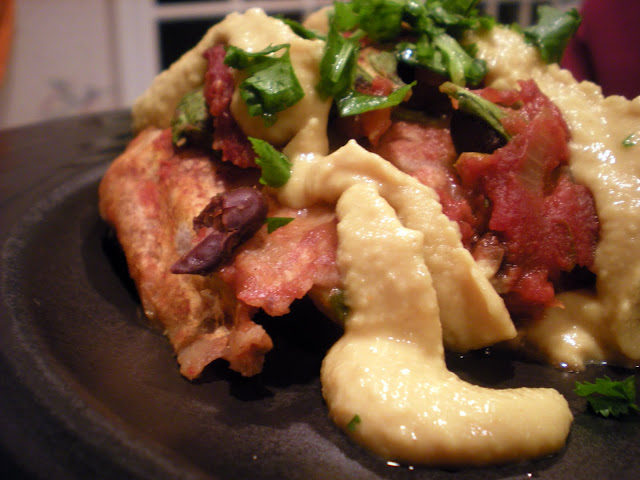 Vegan Enchiladas with Cheemmus Sauce adapted from Oh She Glow‘s recipe, which was adapted from the Fat-Free Vegan Kitchen‘s recipe. It’s a lovely little sharing circle. 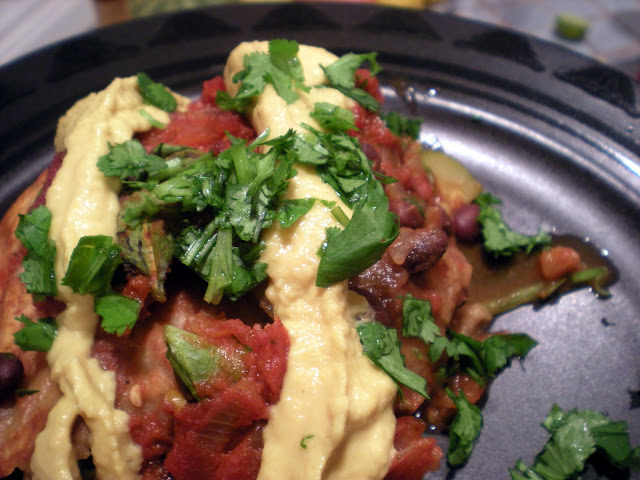 First step is to saute some veggies. Ya know, for the filling. 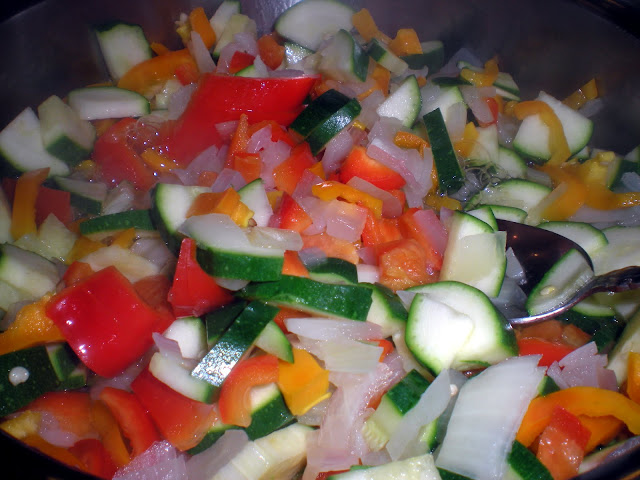 Then you can opt for the easy route of opening a can or jar of store bought enchilada sauce (which there is nothing wrong with doing), or you can make your own. It’s actually easier than I thought, too. 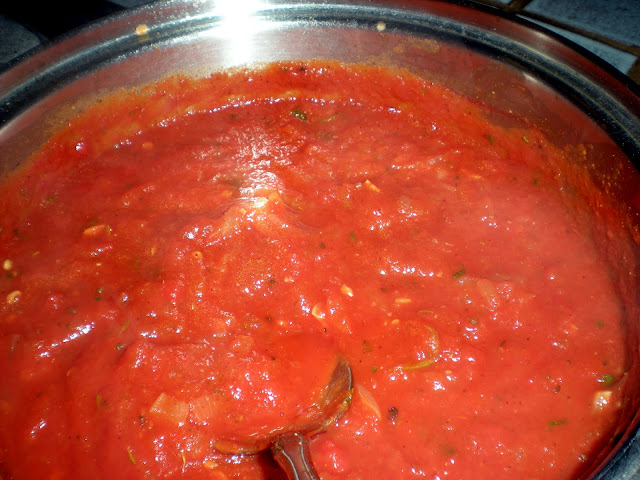 After the veggies are nice and tender, add in some other “filling” items: Beans, sweet potatoes, spinach, etc. 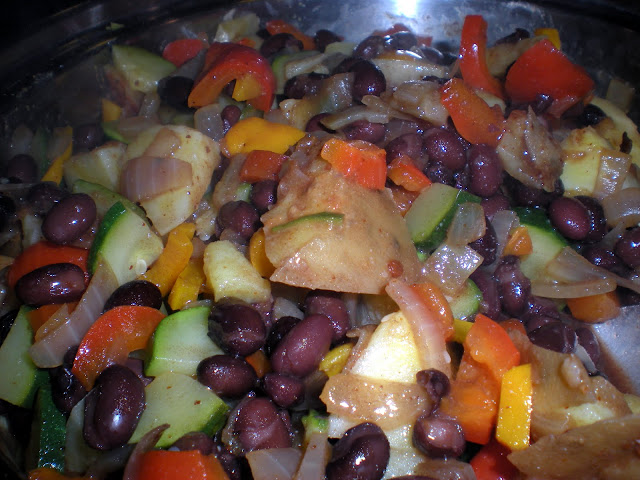 And then create a few giant burritos to bake. 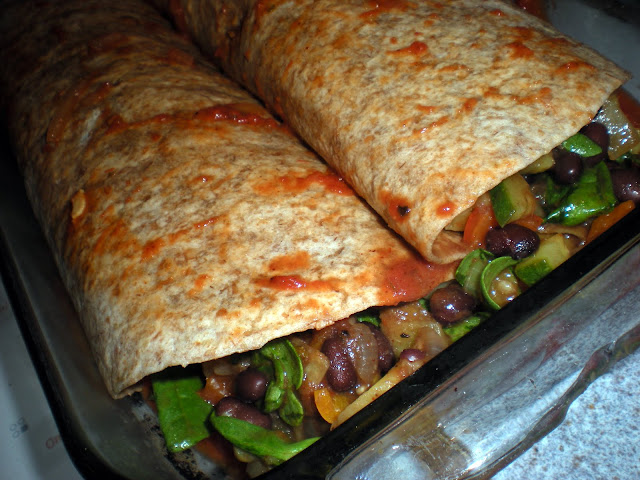 Top with your homemade enchilada sauce… 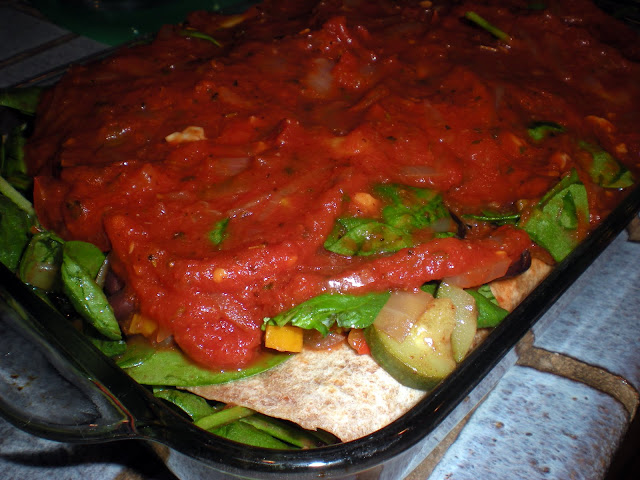 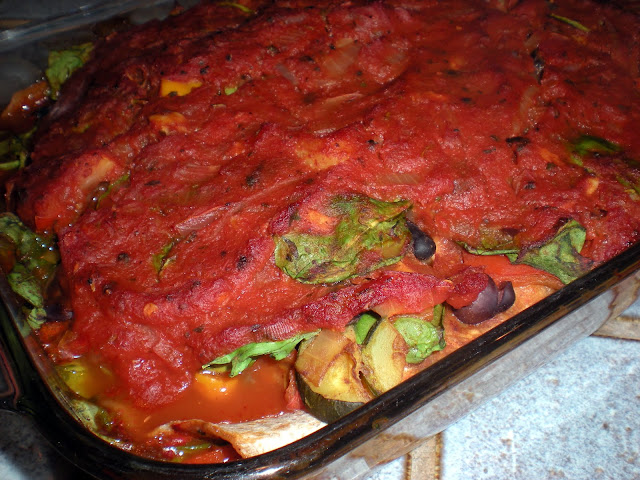 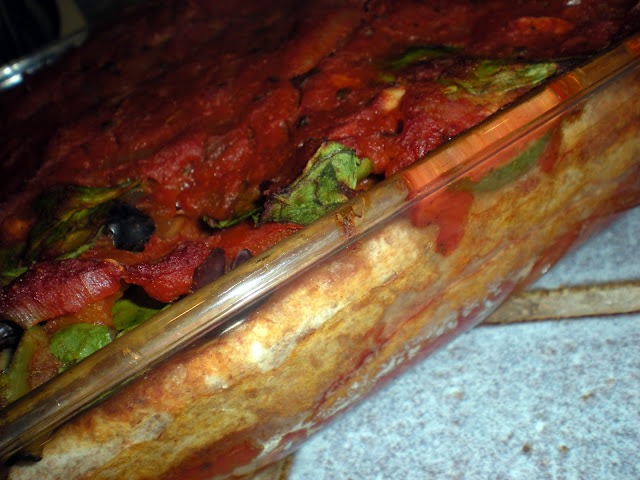 Slather on the goods, AKA cheemmus sauce 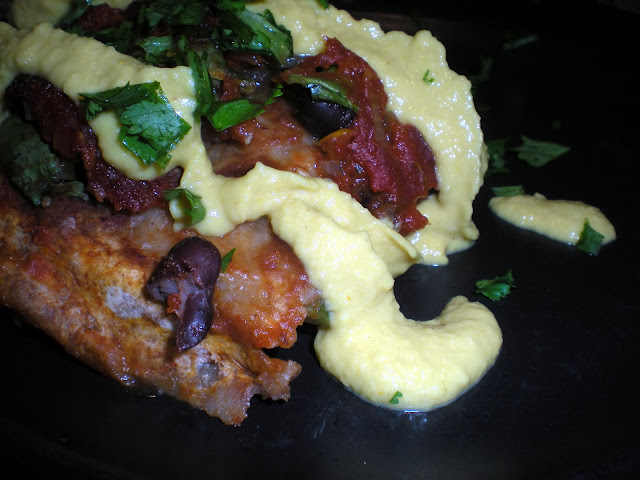 Devour with your happy taste buds and pearly whites.

Preheat oven to 350 degrees. Heat onion in a large pot (with a drizzle of olive oil and 1/4 cup water) until caramelized, stirring frequently for about 5 minutes on medium heat. Add in the chopped pepper, zucchini, beans, potato, and spinach and cook another few minutes until the spinach wilts. Add in the pasta or enchilada sauce, nutritional yeast, sea salt, chili powder, cumin, and cayenne, and optional lime juice. Stir well to combine.

Cook for about 3-4 minutes on medium heat. Take a baking dish and pour about 1/2 of pasta or enchilada sauce onto bottom of dish. Take the 2 tortillas and fill with mixture. Wrap tortillas and place into dish, fold side down. Cover the tortillas with the remaining enchilada veggie/bean mixture and place into the oven uncovered for about 18-20 minutes. While it is cooking prepare the Cheemmus sauce and then drizzle it over the enchiladas before serving.

Mix all ingredients together in a bowl. Taste and adjust. 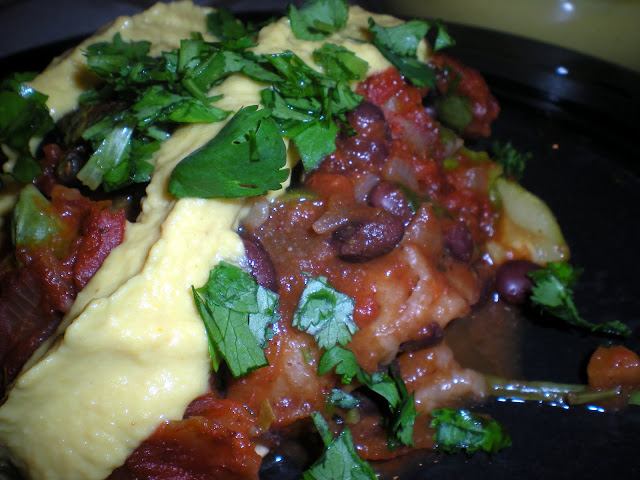 What are you craving right now? I’m not going to lie, I saw these and decided they are my next baking (and devouring) victim…