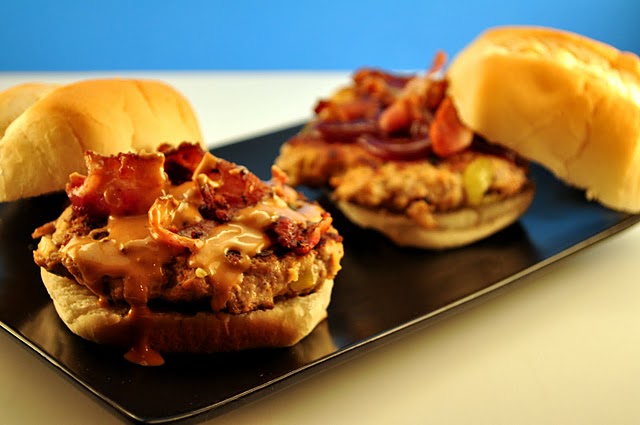 This day in age, bigger is always better. At least that’s how it’s portrayed. Supersizing and Trenta’s are ruling the food arena, whereas cupcakes and hot pockets are pushed aside. (please note, I am not condoning hot pockets…)

I have embarked on a mission to bring small back. Take back the mini. Bring forth bite-sized. Well, at least for one meal.

Often times we overlook things in small packages. Today, I say look out BIG, because pint-sized and petite are back, via What Runs Lori. And sadly, it’ll probably only be for one meal because I lift weights, which means I have a big appetite (not that I didn’t stuff my face with this one).

At this point in the post, you probably have a good idea what I’m getting at, so I’ll get on with it… 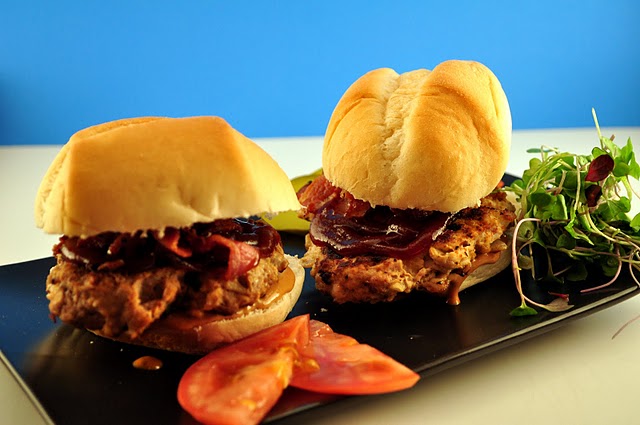 Sliders. With variety. Variety Sliders! Meaning, you can’t have just one kind. 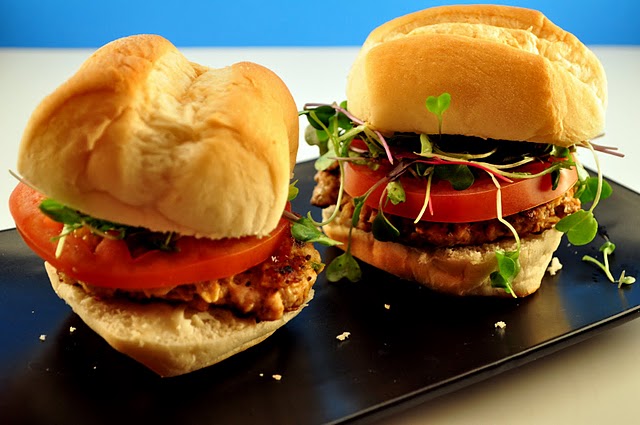 Move over White Castle, there’s a new small in town. 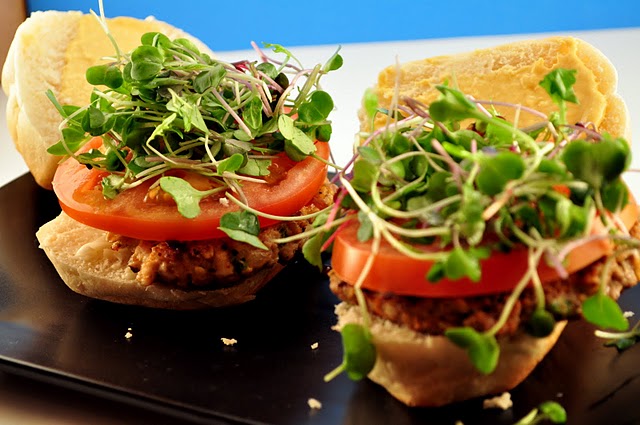 Variety is the spice of life and these sliders are lacking none of either, life or spice, OR flavor for that matter. Let’s see what’s beyond the bun, shall we? 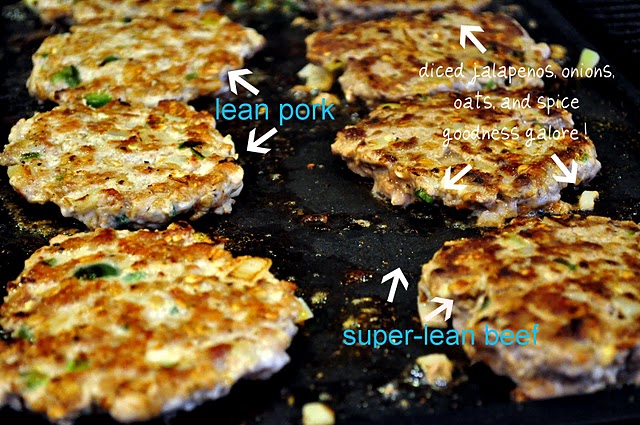 First, the handy-boyfriend ground equal parts of lean beef and lean pork steaks, creating the base for our sliders, fresh-style. Then he mixed some oats, two eggs, jalapenos, onions, and tons of different spices (sorry, I can’t help you out with the specifics) into each type of meat. Above you can see the pork and beef burgers grillin’. While the two types of burgers cooked, it was my job to prepare the dressings… we can’t have naked buns wandering around, now can we? 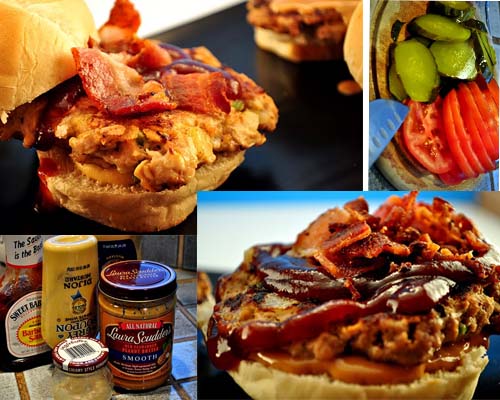 The variety of these sliders started with Dijon mustard, bbq sauce, spicy horseradish, *peanut butter, bacon, pickles, tomatoes, unpictured mayo and sprouts, and lettuce. Here are some combos that were better than ANYTHING we could have purchased in a restaurant.

*Ok, I know what you’re thinking, “Peanut butter on a burger. That Lori chick is just crazy.”
But no, I’m not. I went to college at Chico State (*nostalgia wave*) and one of the great bars there, The Bear, served The Jiffy Burger (I think this needs no explaining). And you are NOT allowed to knock it until you try it. 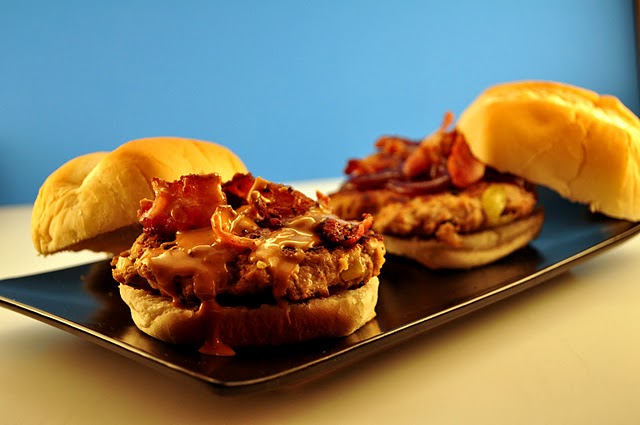 The best burger that was created was this guy. Juicy pork patty, bbq sauce, bacon, and peanut butter. I promise you, your taste buds will not only thank you, they’ll rejoice with a song… or they’ll just be insanely happy. 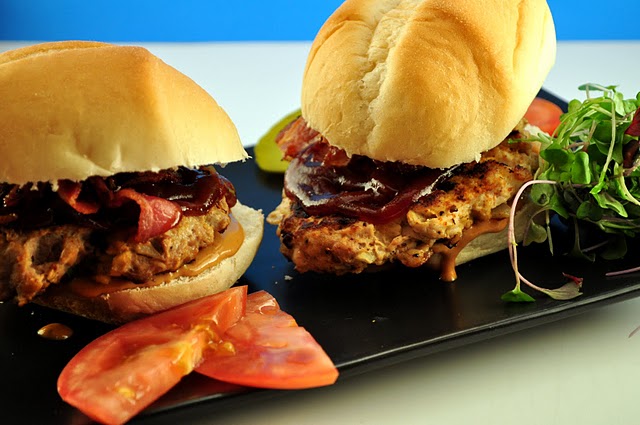 Then we had some combos such as: 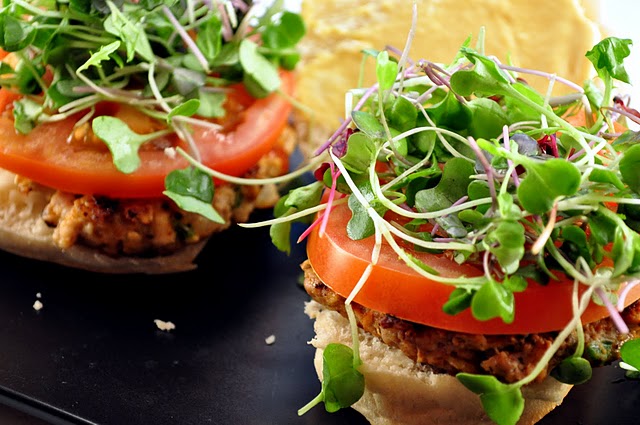 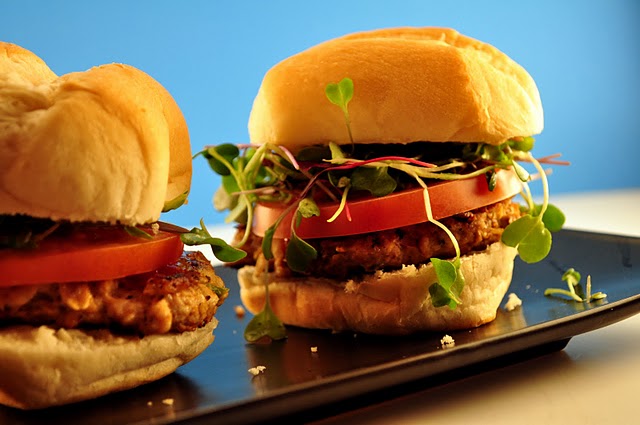 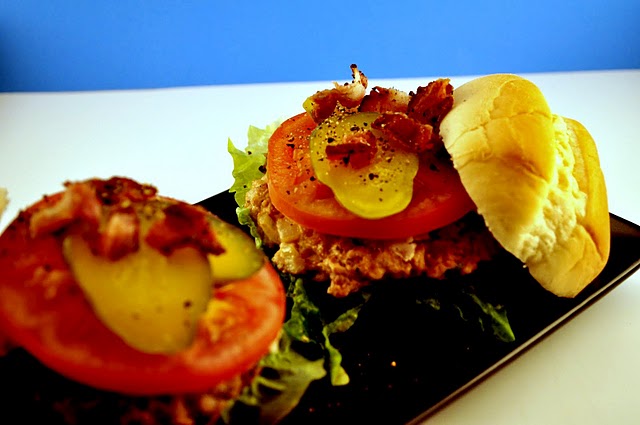 [Oddly and] Coincidentally, after making these better-than-any-bar-menu-burgers I came across this yahoo headline for what the article calls, “The Best Burger in America.” Um, no.

Candidate for “Best Burger in America” 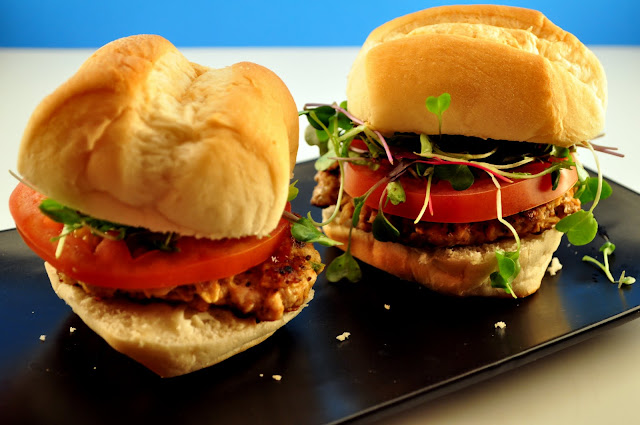 Now, maybe is it just me but mine look like a bagillion (yes, a bagillion) bucks.

These were, admittedly, bigger than sliders. We made eight different ones. Eight… 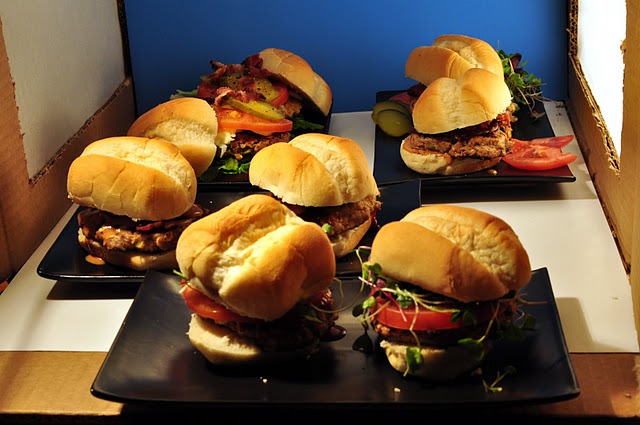 Sickeningly enough, we ate all of them. Bloated tummies aside, and a meat-hangover nursed on the couch later, these sliders were incredible.

His plate and my plate. What can I say, I’m not a bread person.

Who wins the burger challenge??

What are your toppings of choice?