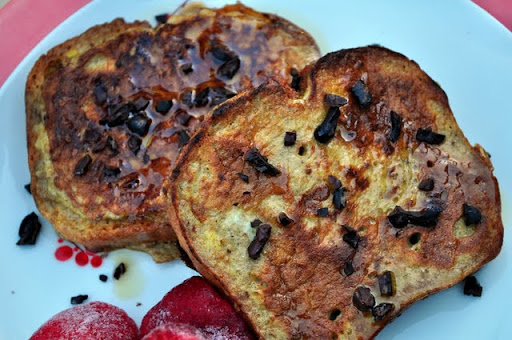 Wednesday! We have reached the midway point of no return. Before we embark on the recipe unknown, I have two fun photos to share…. of me. 😉 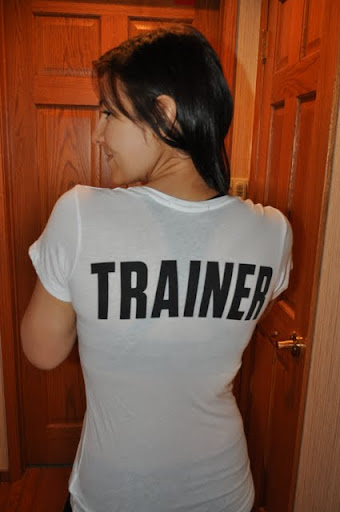 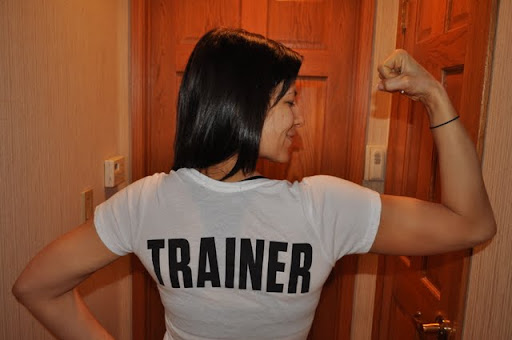 Moving on to the food… 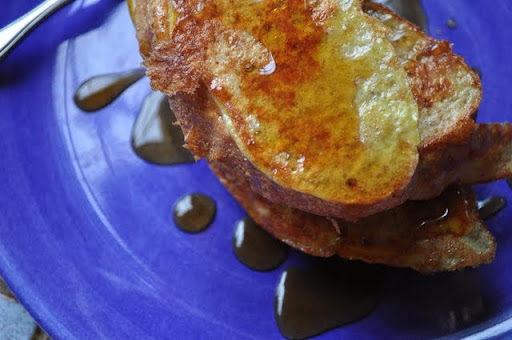 Often, on the weekends, when I make myself a yummy healthy breakfast, it’s way before my boyfriend wakes up (lazy bum!). And by the time he rises, my food is gone but opposite my (gluten-dairy-sugar-free-healthy) dish awaits his version. 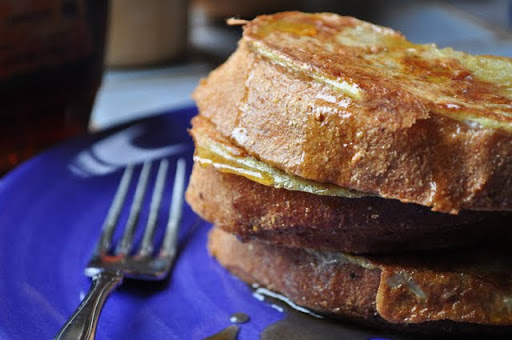 He the original french toast. Sourdough bread, egg, milk, vanilla extract, and a dash of salt, cooked and then maple syruped. 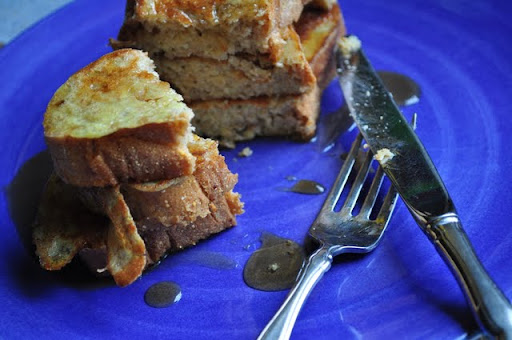 Have I mentioned that I make stellar unhealthyish foods? I do. I just don’t eat them… but someone has to!

Sascha, here is proof that I do make you food… “Real food” as he calls it. I know other bloggers out there know what I’m talking about. 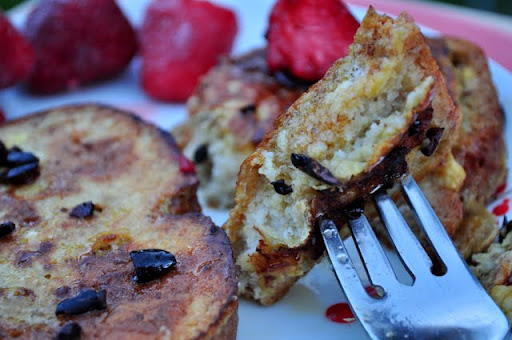 But before he wakes up, when the house is quiet, the sun is rising, and my tummy is growling, I remove the gluten, the dairy, the unhealthiness, the sugar (ok, some of it), and the boring recipes. I go with the flow and savor my creations. Some, not to so successful… some pleasantly surpassing my expectations. 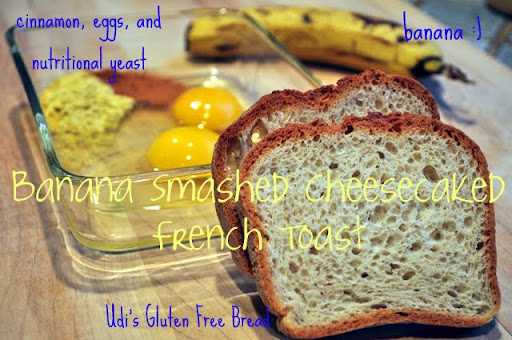 With a fork, place half of the banana on each slice of bread. Smash into bread. 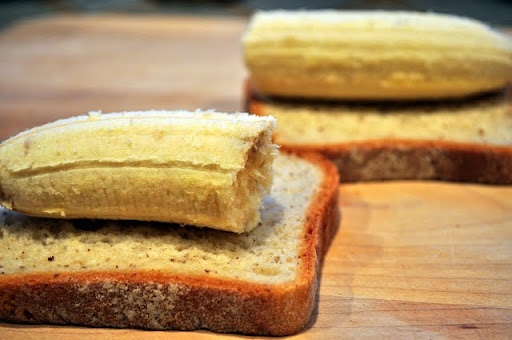 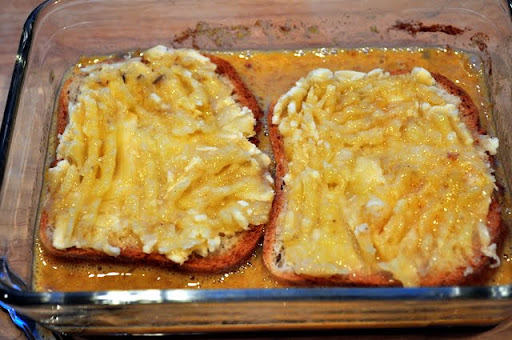 In a heated and greased pan, cook both pieces of bread for about 5 minutes on each side. And then top them… 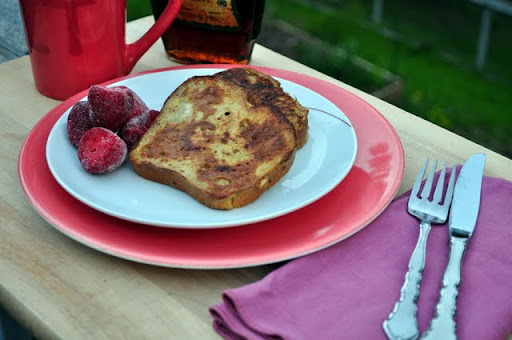 I worked with some frozen strawberries, maple syrup, and raw cacao nibs for an extra crunch. 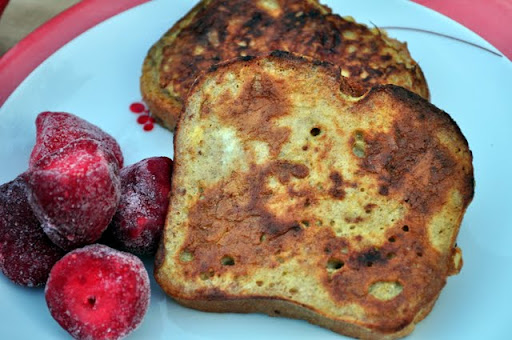 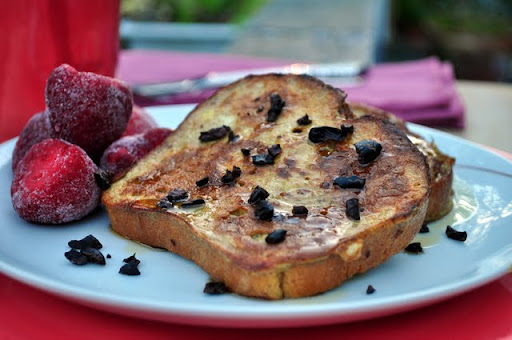 These cheesecaked toasts, French-style, did much more than hit the spot. Crisp, sweet, slightly savory (from the nutritional yeast), and covered in sweet syrup and crunch. 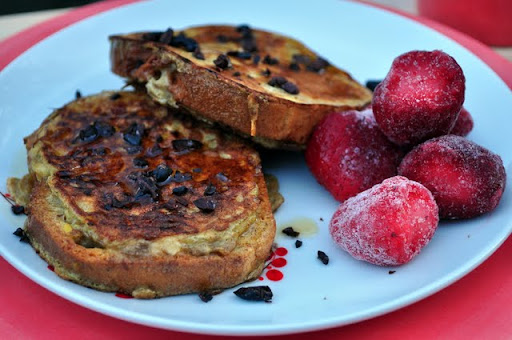 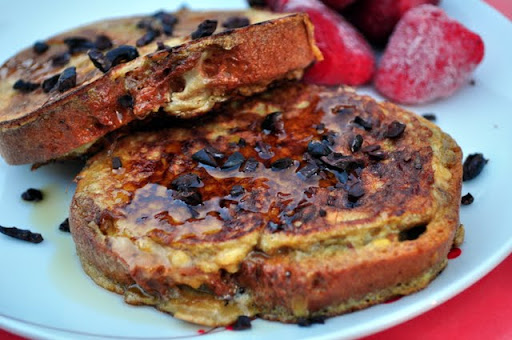 If you look in the distance… 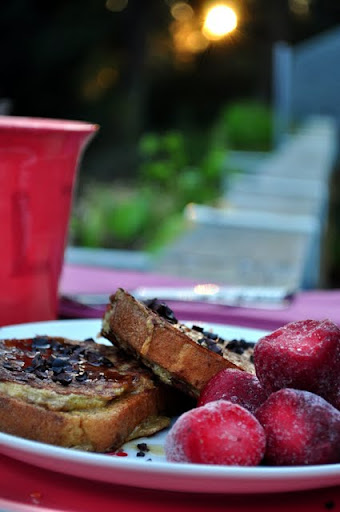 You can greet the sun. I barely had light for my “photo shoot”… 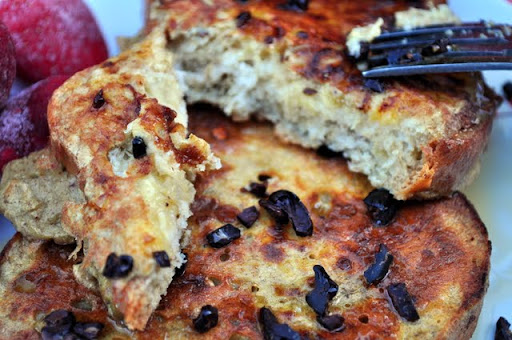 And then it was love at first bite. 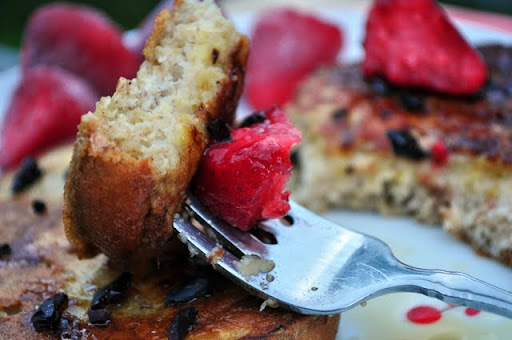 What would you top your Banana Smashed Cheesecaked French Toast with?

I know you’re like me, you make yourself a healthified version of something (while the original still gets made for your “real food” eater… what is it?