I do believe this post title answers my previous question (from Wednesday’s post): What is red and green and bursting with flavor? 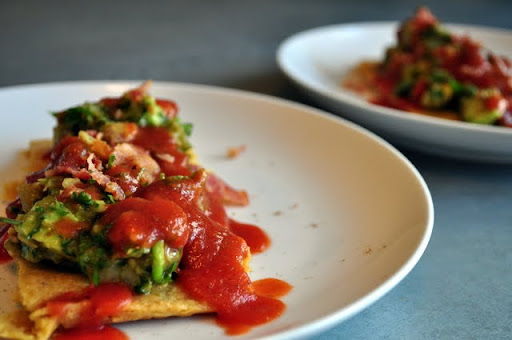 You know when you get a craving for something, it just keeps nagging and calling out to you? Days pass, then again that same craving comes back. And all you want is to give in to the craving that keeps creeping it’s way into your thoughts. 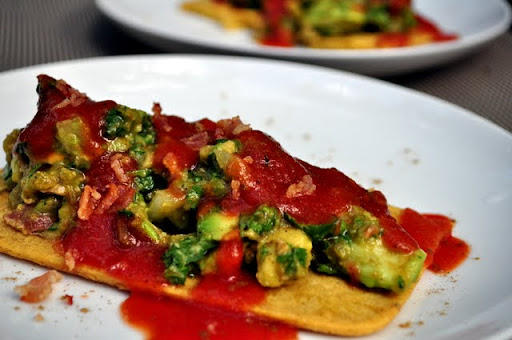 I’ve been craving bacon like crazy lately. For the record, I don’t eat bacon. Nor do I really care for it much. But for some reason I’ve been wanting it, needing it. What Lori wants, Lori gets. In this case, you get it too. 😉

So, I wanted bacon and guacamole and pizza. Especially after seeing Dorry and Billy’s pizza night… swoon.

This was the closest thing to all of those cravings. 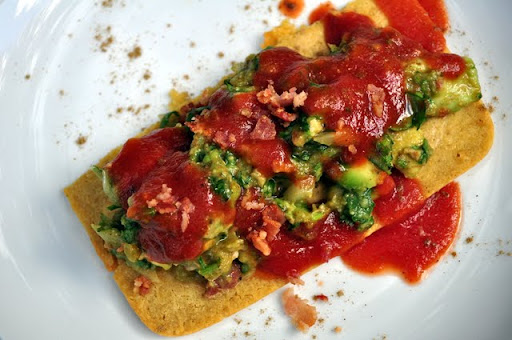 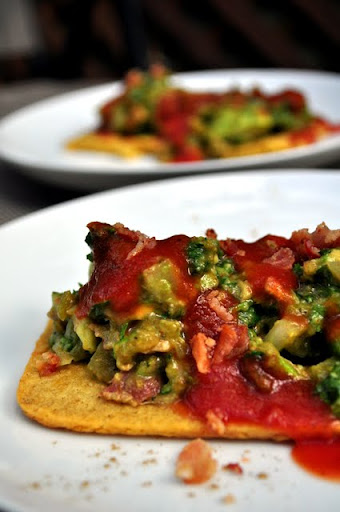 Preheat oven to 450 degrees. When oven is ready, place coconut (ahem, bacon) oil in a pan and stick in the oven for 5 minutes. Meanwhile, whisk all ingredients together in a bowl.

Carefully remove HOT pan with oil from oven and pour the socca batter into the pan, tipping the pan to spread the batter evenly. Place back into the oven and bake for 30-45 minutes, or until socca crust has browned on the edges and is cooked in the middle.

While the socca is baking, cook your bacon and begin your guacamole journey… 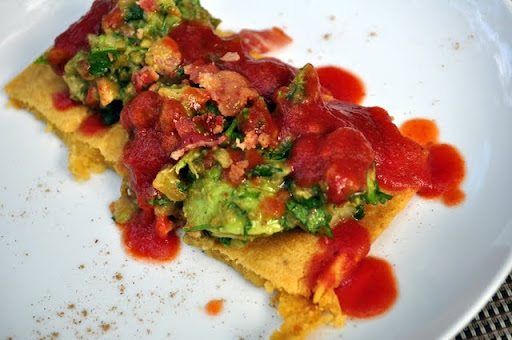 [specific amounts are completely up to you- it’s your guac!]

Combine all ingredients in a bowl and try not to devour before you assemble the pizzas. 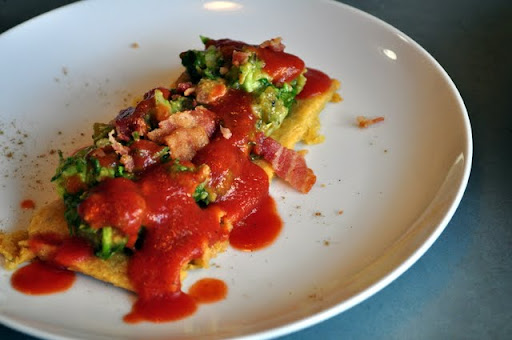 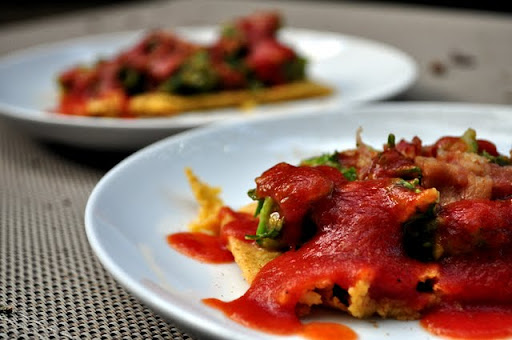 And thank me when you’ve eaten a ton of it.

As delicious as this meal was, I don’t think I’ll be turning this route in the future…

However, I WILL be making this soon…