Eating Well Is A Tough Job, But Somebody’s Gotta Do It. Part 1 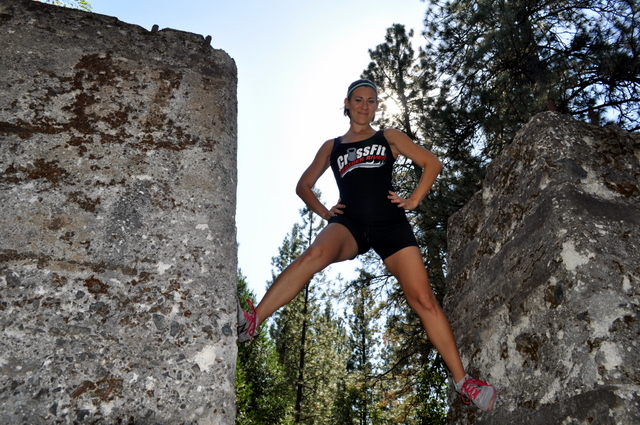 That’s right, eating well is a tough job. And just like the title says, somebody’s gotta do it.

This weekend, that somebody was me!

But first, I’ve got a story for you…

You know those days or events that you’ve planned out well and expect the day to stick to that plan 100%?

All would be wonderful except for when those planned things end up crashing right in your face with all that wasn’t suppose to go wrong? That was this weekend. Well, at least some of it. The rest was filled with tons of great food. 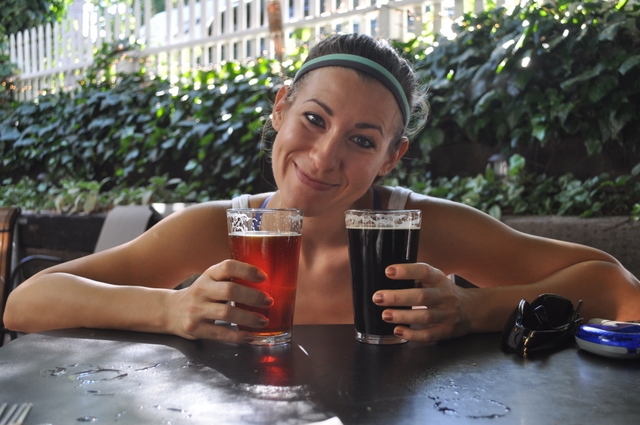 Friday, I took a trip to Nevada City to hike and spend some time outdoors.

Upon arriving at the destination, things took a downward spiral in luck.

We parked and paid a hefty entrance fee for the wrong area. It was the right hiking area but we paid the fee for a park we didn’t even enter, nor did we need to pay for.

Within 10 minutes of the unneeded purchase, a sound from across the completely empty parking lot stopped all our movements: A car backing into Sascha’s brand new Mazda. And when I say brand new, I mean 3 months old new car. 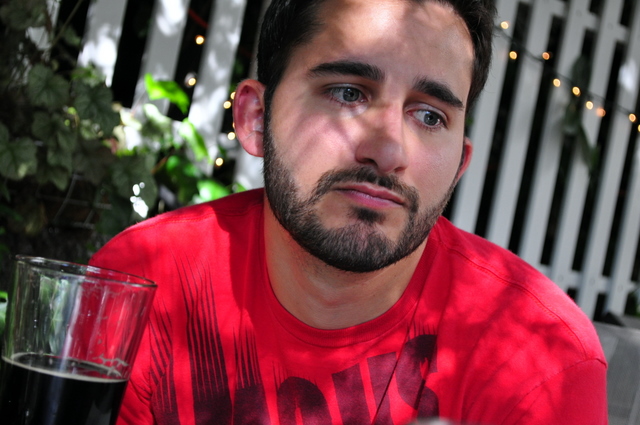 How this man actually hit the Mazda that was absolutely by itself is beyond me. 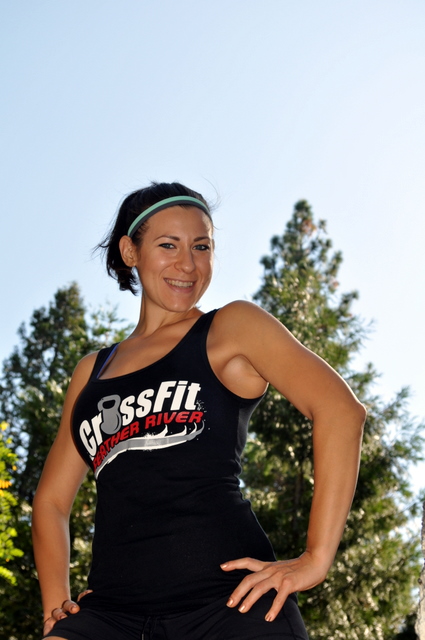 Then…. the one trail that Sascha had planned for us to hike was closed. Close for toxic clean-up. What?! The odds? Not very likely. Although the day proceeded (after some fun pictures)…

After a shortened hike (and pictures from above), we headed for the best part of the planned trip: Food. 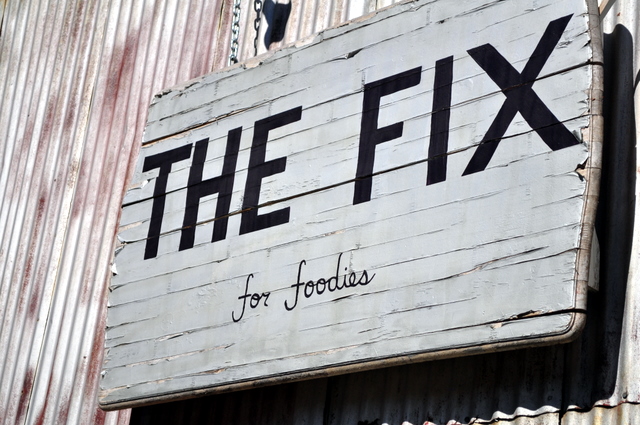 The Fix is an all organic, high quality, raw food vegetarian restaurant.

As we walked up to partake in the one thing about the weekend that would go right, I jokingly announced how amusing it would be if the place was closed.

It was closed. The one day a year for someone’s birthday. Someday soon I will partake in their food. 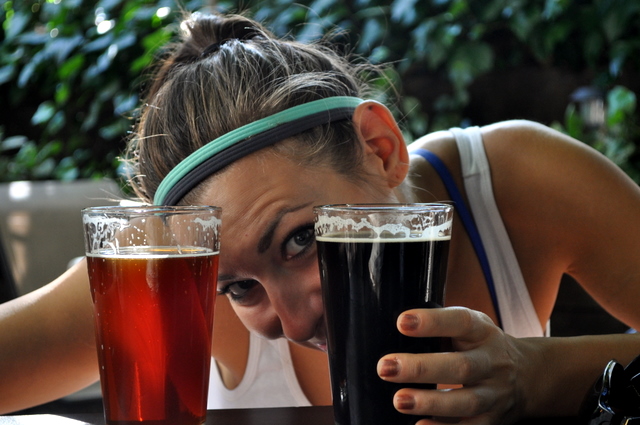 We stopped to get an early dinner, now famished and not exactly happy, at a pub, telling our waitress about of tale of woe. And because the waitress turned out to be awesome, she told us about a small, hole in the wall vegetarian place (similar to The Fix) that she promised served up incredible food.

Why not? The worse that could happen at this point would be that an earthquake swallows us whole and we die starving. (kidding! but only sort of) 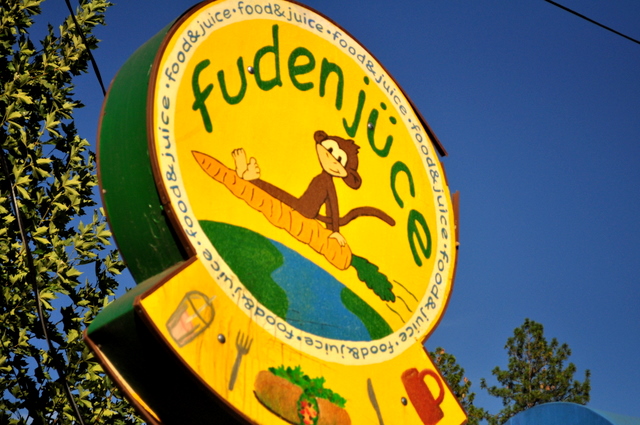 We finally arrived at the one place left to break the unlucky streak. Enter: fudenjuce. Odd name, delicious results.

Turns out this place is not only incredible, it offers MAGIC in it’s flavors! I think the word could be, O U T S T A N D I N G.

Seriously. And their menu was awesome. Just plain ginormous and awesome. 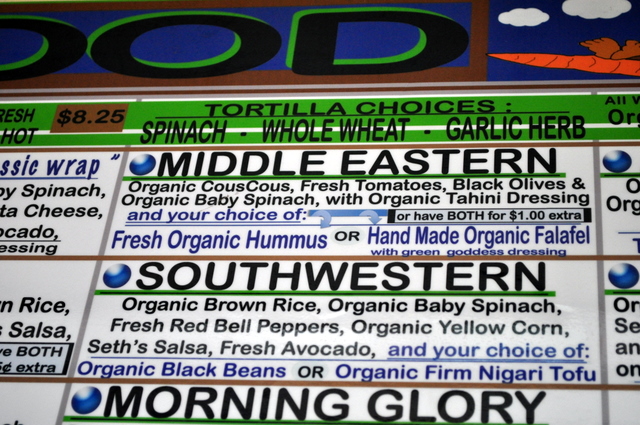 We got a HUGE Middle Eastern Burrito, filled with organic couscous, fresh tomatoes, black olives, baby spinach, Green Goddess tahini dressing, organic falafels, and TONS of hummus. Delicious, delicious hummus. And this guy was a monster burrito. One half was way more food than I needed. 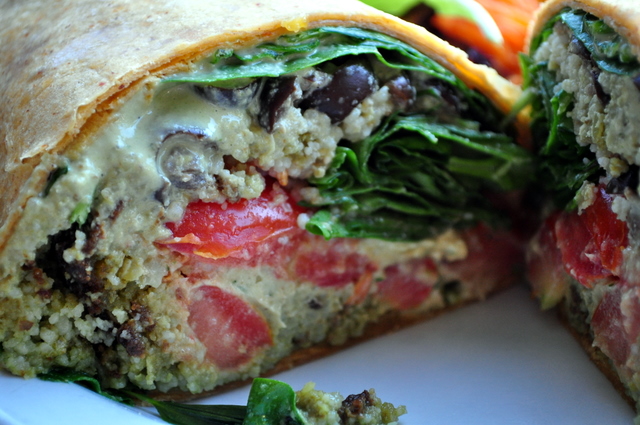 This was hands down the best burrito I have ever tasted, and it included no animal products. Not that that matters to me much, I’m just saying. It was outrageously good.

The rest of the weekend eats had to hold up to this burrito. The rest of my meals were good but that burrito was great.

The rest of the weekend wasn’t unlucky as this day was, thank goodness. But you’ll have to wait until tomorrow to see the rest of the food.

HAPPY BIRTHDAY shout out to a crazy-awesome chick that has Gone Dairy Free. Happy birthday, Alisa!!!!

Part 2 of Eating Well Is A Tough Job, will be loaded with more… eats!

What did you eat this weekend?