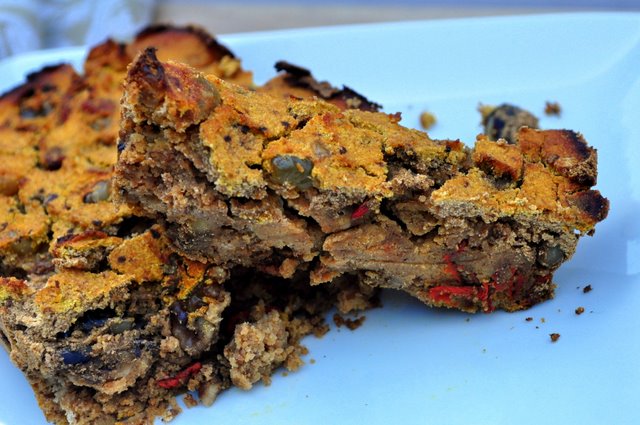 There’s something to be said about experimentation. If not for trial and error, we would not be using the internet to share recipes, read blogs, find anythingandeverything on Google and Wikipedia, and we wouldn’t have nearly as much fun wasting time looking at pictures of food.

When it comes to experimenting with recipes and new food creations, this is where magic can take place, and also were tasty crumbles of interesting looking banana bread is made.

As in this case, the interesting looking, somewhat of an experiment, a dire need to use up ripening ingredients, and “let’s throw stuff into a bowl and see what happens” took place. 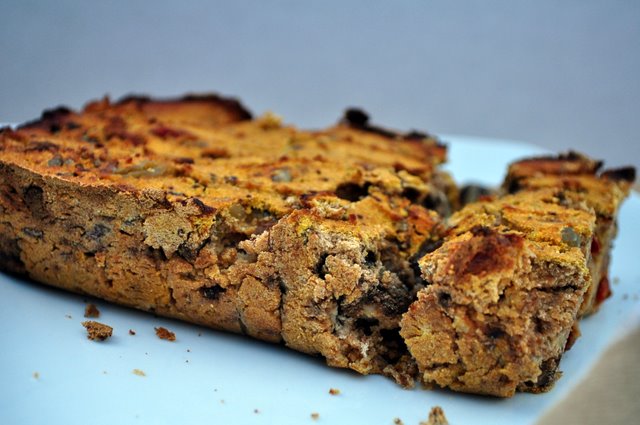 Pumpkin Goji Banana Bread was created in somewhat the same fashion as I believe the light bulb was invented. Thomas Edison never gave up, even after many attempts to get that darn bulb lit.

I never gave up! … ok, ONE attempt at this bread and I did give up. But it wasn’t really giving up, more just settling…?

In my defense some differences may have taken place:

So I guess I’ll never invent something world changing, like Mr. Edison, but I can say that I will probably change someone’s day with one of my recipes…

If you’re up for it, make this breakfast, snack, or dessert item. Give it a go, see if you can create it better, different, uniquely amazing. I dare you. 😉 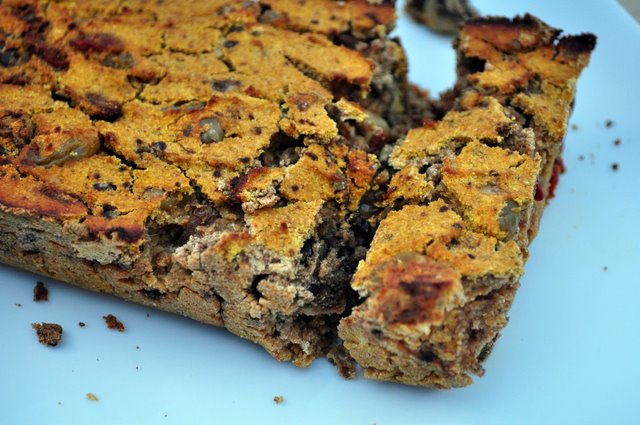 So what if you don’t have coconut flour or Goji berries, or any other random ingredient? That’s ok! We can sub:

This is your call to get creative. 🙂

In a large bowl, mix together coconut flour, baking powder and soda, salt, cinnamon, and nutmeg. Make a well in the middle of the bowl, pushing the dry ingredients to the side.

Place the remaining ingredients into the well and again, mix all ingredients together, until all ingredients are well incorporated, some lumps will happen, especially if using the berries, walnuts, and raisins.

Grease an 8×8 glass baking dish and spoon the batter evenly into the dish. Bake for 40-60 minutes, or until the sides of the bread become golden and start to pull away from the pan.

Remove from oven and let cool for 10 minutes.

This bread is only slightly sweetened by the bananas and pumpkin. For a sweeter bread add in honey, maple syrup, or other sweetener, to taste. Also, the bread comes out crumbly, as using coconut flour seems to create a more crumbly texture, although still super moist. It worked for me and it still tasted great, but just know, you may be eating this bread with a fork. 🙂

Again, this bread was delicious, moist, Paleo, very healthy, and an experiment I wanted to share. I do challenge you to create your own version from this recipe- Be a Thomas Edison! Invent away!

And if you do need ingredients, get them here: WRL Amazon Store 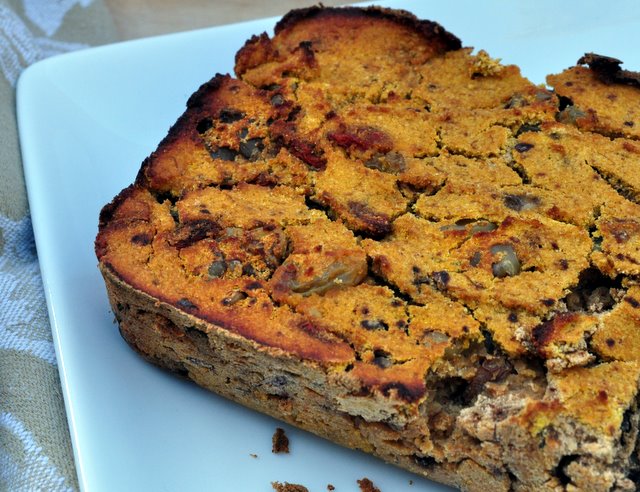 What interesting experiments have you come up with lately?