A Paleo Perspective On Diet and Salt & Pepper Paleo Waffles 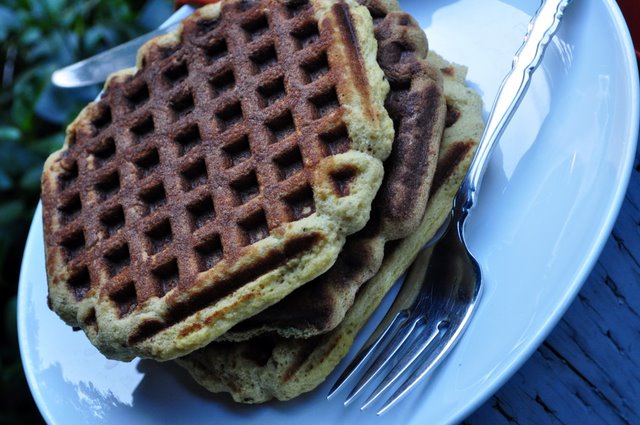 Third person post. Write about a memory you have but describe it  using the third person. Use as many sensory images (sights, sounds, textures, etc) as you can. Don’t use “I” or “me” unless you include dialogue.

Lori has been writing on her daily prompts for the Health Activist Writers Month Challenge during this April month, and today’s prompt is to write in the Third Person. In writing in the third person, she was asked to write without using the words “I” or “me” and to describe a memory or experience.

Please, follow along and let’s look into her journey… 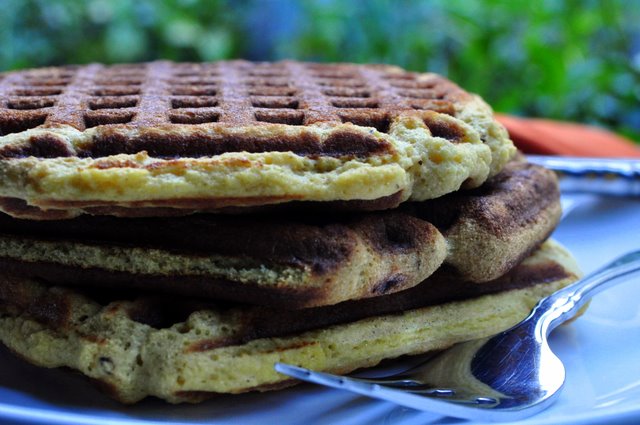 When Lori has a goal in mind, she goes for it. With full force. She submerges myself in what she is doing until she reaches that goal. One could say it’s a bit obsessive, because it sometimes can be, but for the most part it works for her. (And mostly because she has the attention span of an orange. She truly get distracted by shinny objects.)

So, when Lori wanted to try out ‘the Paleo Diet‘ for the first time, she threw herself into it 100%, consuming only “Paleo approved” foods.

A little background into Lori’s 100% way of life; She did the same thing with eating only Raw and again with eating Vegan. But being so strict with her diet usually leads her back to other foods. Not necessarily unhealthy foods, just foods that aren’t Paleo, or raw, or whatever style she’s into eating at the time. 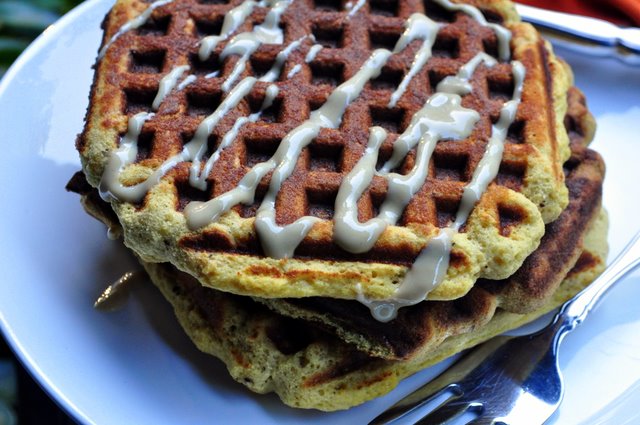 But after trying Un-Paleo for a while a few months back, she decided that she really did love the way she felt and how her cravings for carbs slightly diminished. But she also realized that her all-or-nothing mentality wasn’t helping her goals in the long-run.

For Lori, a Paleo way of eating works. It makes her feel great. But, she has realized that she would go crazy if she told myself she could never have a bite of caramelized onion lentils or a dark, microbrew beer, or whatever wasn’t “approved.”

Her approach to food and diets is finding what works for her and eating that way most of the time. She tends to eat Paleo about 90% of the time. 10% of the time, she can chose to eat something other than Paleo, or not. Her eating style is not set in stone and she makes sure not to have any food item forever off limits.

Now, some may be thinking this is cheating on Paleo or “you’re not really Paleo, then.” Maybe they are right. And what would be so wrong with that? 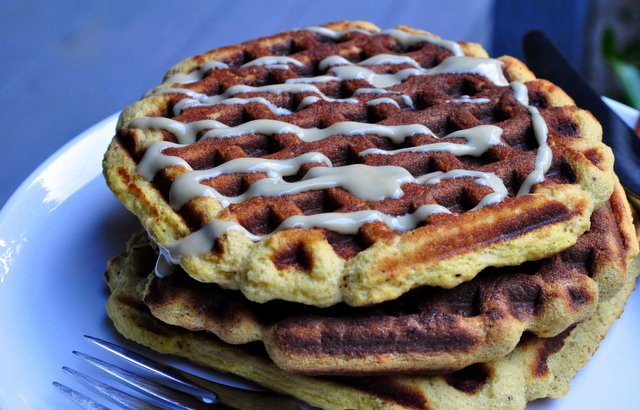 The way Lori looks at things is, life is too short not to enjoy everything about it. The sights, the sounds, the smells, and textures all play into a truly amazing experience of life. Rigidity no longer has room in her life.

With so many wondrous, new things in life, just waiting for a chance to been taught or seen or experienced, leaving a Tahini-Covered Waffle out would just be a sin. Even if it were Paleo.

Thus, Lori created the Salt & Pepper Coconut Flour Paleo Waffle. Just to have one more experience to share with your taste buds. 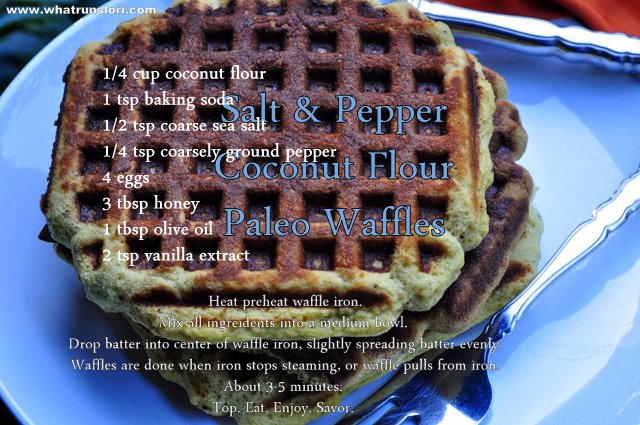 In a large bowl, combine all ingredients, whisking to smooth out most of the lumps (there will still be some lumps).

Drop batter into the center of the waffle iron, spreading slightly to evenly coat the iron.

Waffles will be done when the iron slows or stops in steaming or when waffles are golden browned to your liking (about 3-5 minutes). 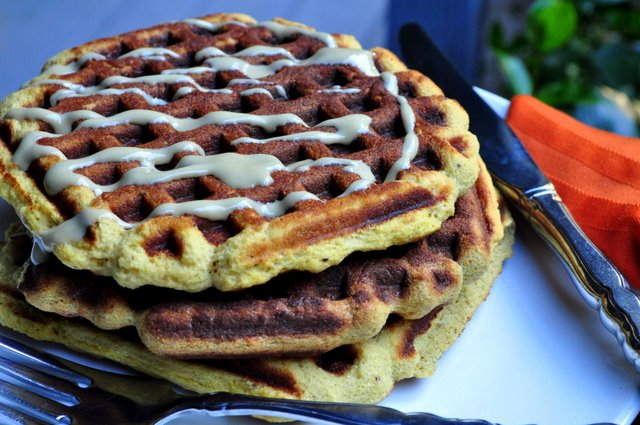