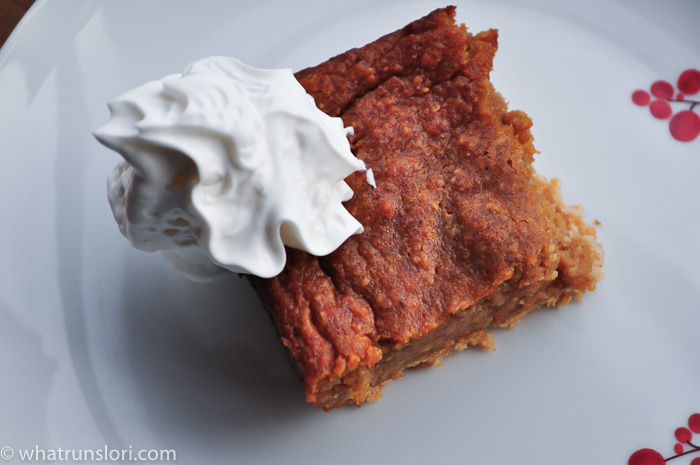 Just in case you never got enough pumpkin during the week leading up to Thanksgiving, here’s your chance to bite into another recipe. This one is absolutely delicious, made several times for work and family functions and hits the spot for a decadent dessert craving. Total must-make recipe boasting pumpkiny spices. 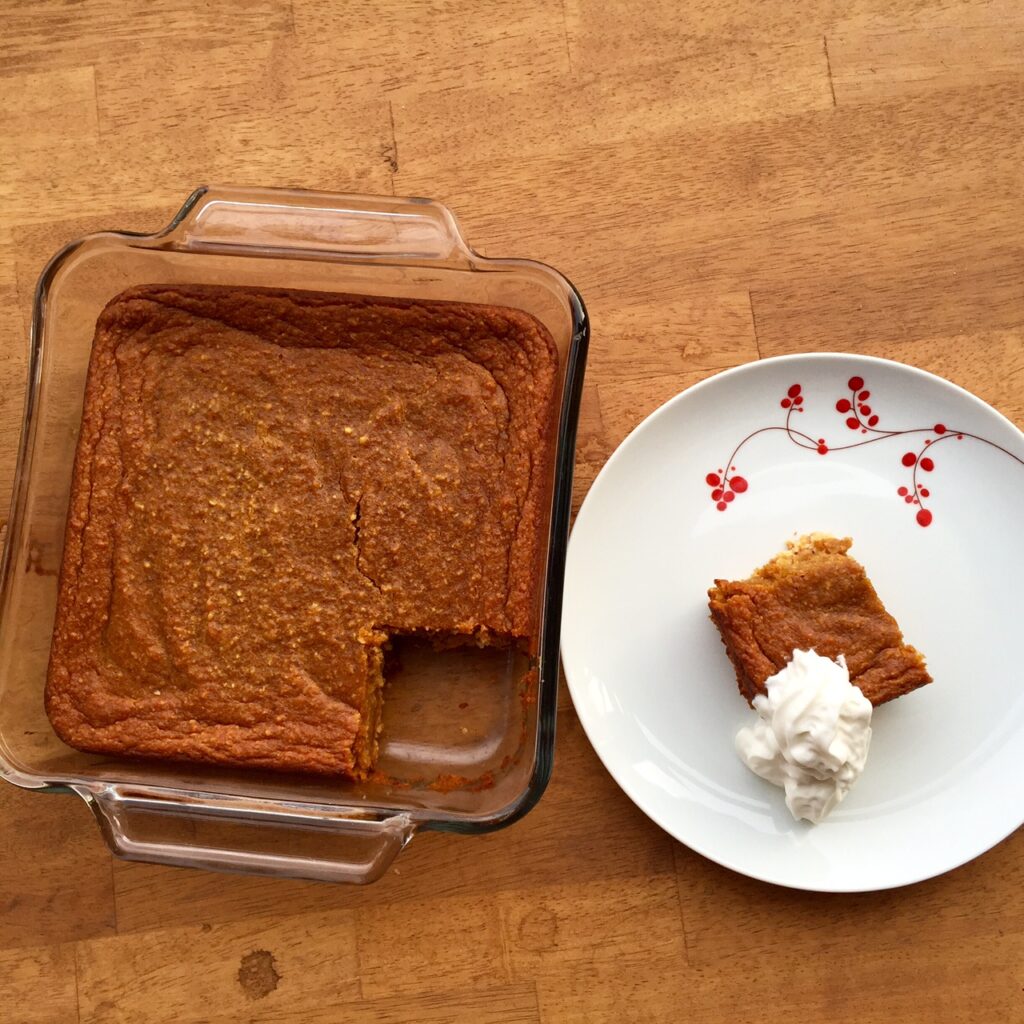 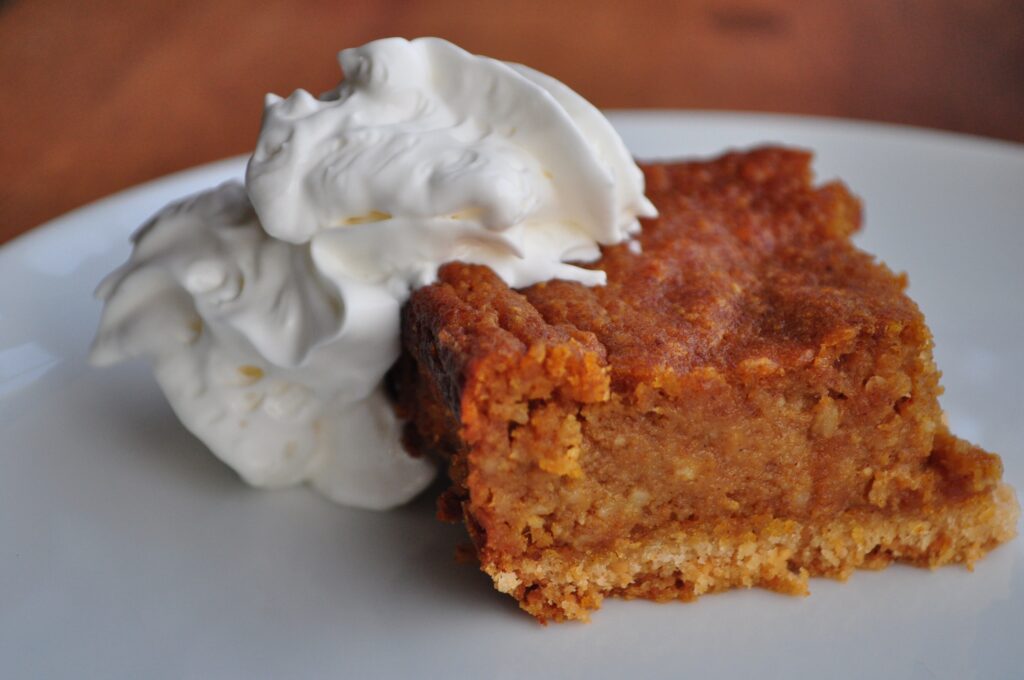 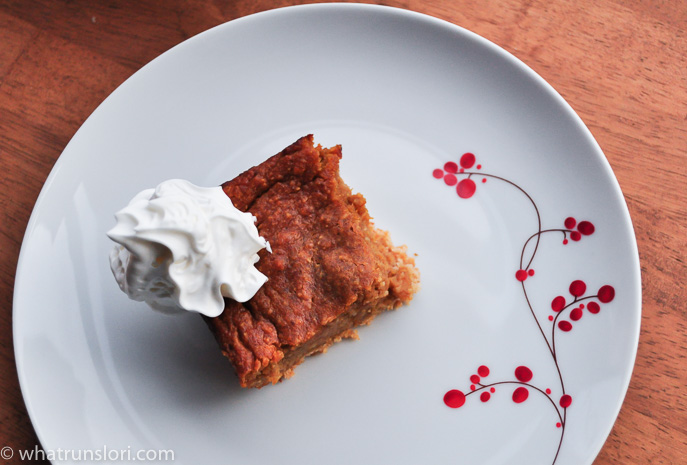 Top with a little So Delicious Coconut Whipped topping and you’ve got yourself a mighty fine tasty treat! 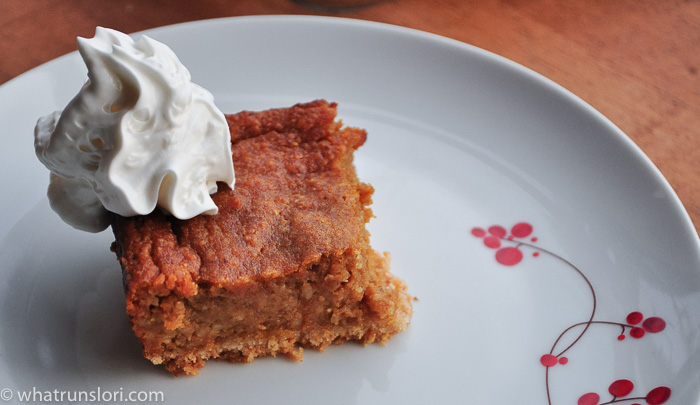 Press crust mixture into the bottom of an 8×8 glass baking pan with your fingers. Bake for 12-15 minutes or until light golden brown, then remove from the oven and set aside. 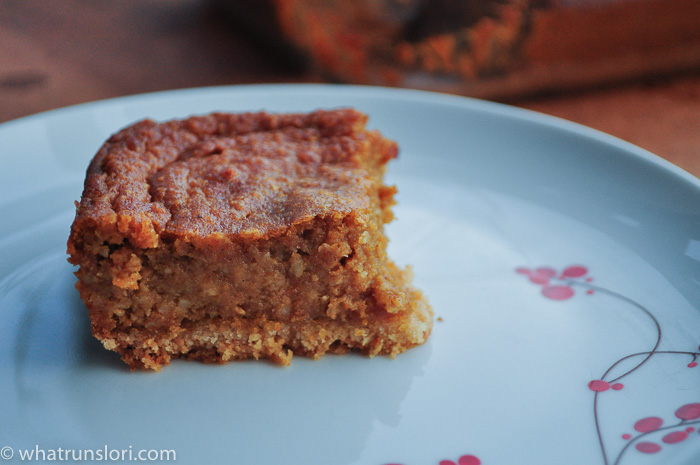 Pour the mixture into the baking pan over the pre-baked crust, and set in the preheated oven on the center rack.

Bake for 35-40 minutes or until the center it just set. Remove from oven and allow to cool completely before serving. 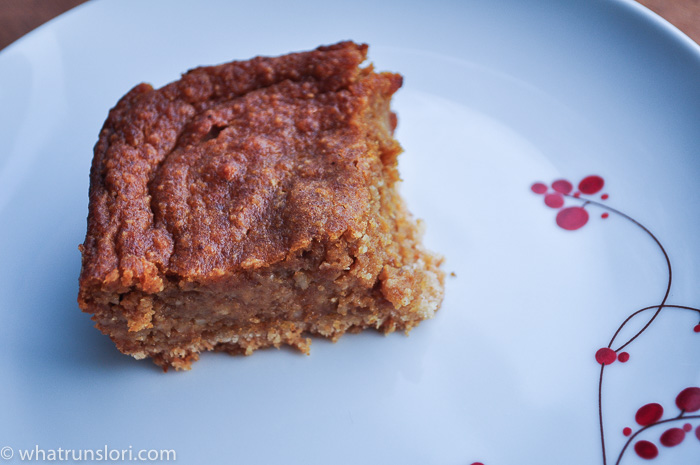 What are your favorite pumpkin recipes?