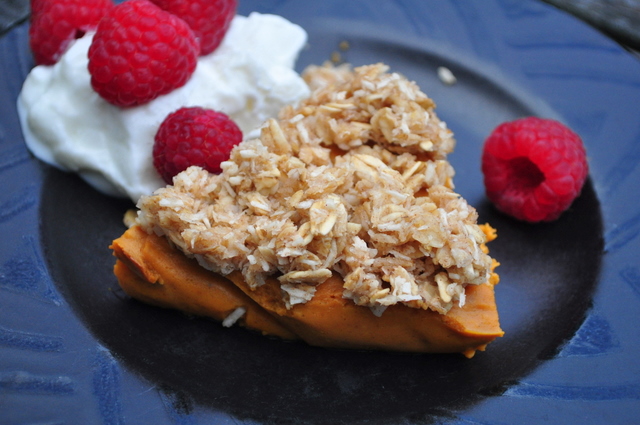 Happy Day-Before-Thanksgiving! It’s Wednesday and for some it’s already your weekend. For others, it’s your Friday. Tomorrow we take thanks for all that we have been given, all that we have, and all that we can do. Tomorrow we also gorge ourselves on overly fattened, much to sweet, out of control amounts of food and I can tell you right now, I’m not sure I’m looking forward to all the food that I haven’t made myself. Although, I think I’ll live. 😉 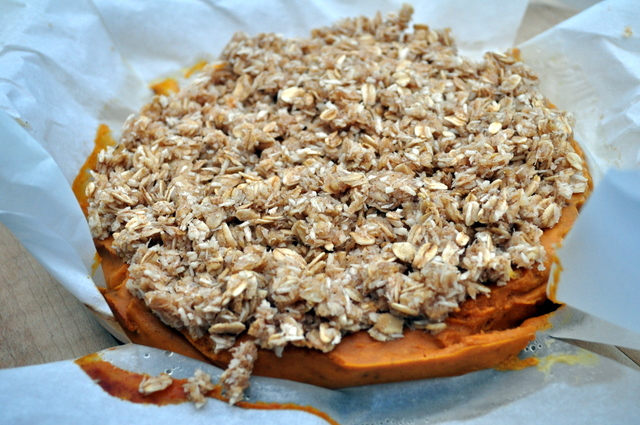 For my pre-Thanksgiving, I decided to make a pumpkin pie that was based more on health than on sugary filling. I searched far and wide for a healthy pie recipe, and although most aren’t too bad with the ingredients (pumpkin pie is your best bet when choosing from all the pies), I did find one recipe that looked easy and healthy. This recipe is adapted from a recipe by Marks Daily Apple for pumpkin pie, although if you know me, you know I have to change EVERYTHING. I’m that annoying person at a restaurant. 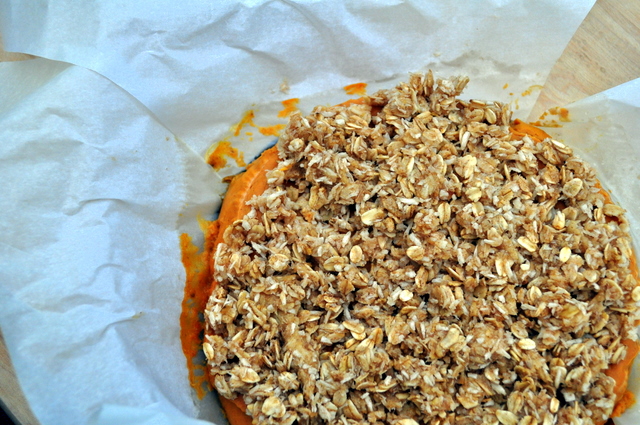 Anyway, back to the pie. Since Thanksgiving reminds me of Pumpkin Pie, filling your stomach like the poor overly stuffed turkey in the oven, and those nasty casserole dishes with sweet potatoes covered in brown sugar and mini marshmallows (oh, bad memories from childhood…), I went with the Pumpkin Pie to say have a wonderful Thanksgiving. 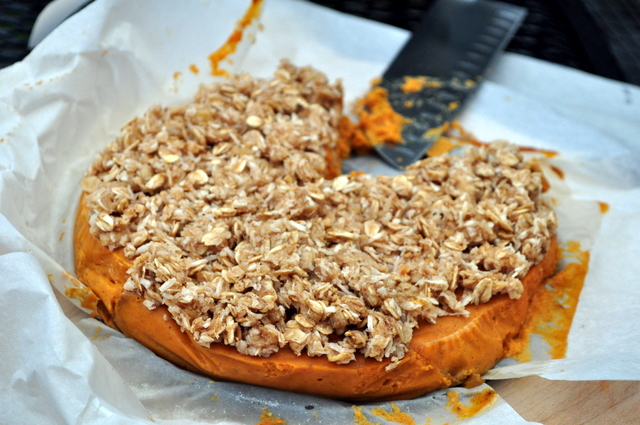 This pie is fun to make, EASY to make, definitely healthy, tastes incredible, and can be topped with just about anything, since it’s crustless to begin with. The orange zest, juice, and cinnamon work amazingly well together with the pumpkin spices. This is one recipe you MUST try, whether it’s Thanksgiving or not. The filling is already Paleo-approved but make it 100% with a slight adjustment to the cobbler topping (recipe given in directions). Have fun and eat to health! 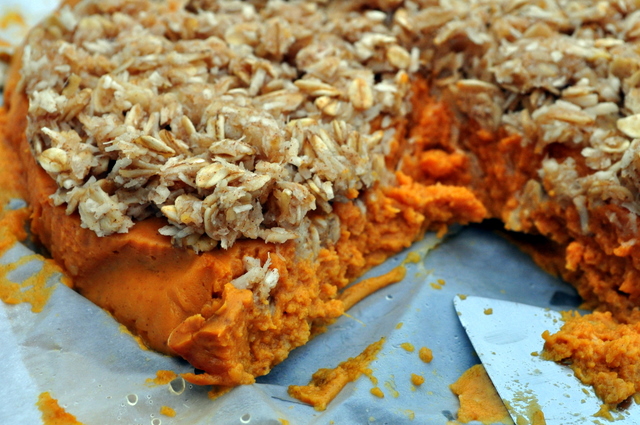 Stop the blender and with a spoon, scrape sides. Add in the eggs and blend again for about 30 seconds.

Line a spring-form pan with parchment paper, cutting the four corners of the parchment to help it fit into the round pan. Pour your pie filling into the pan and bake for 50 minutes.

While the filling is baking, make your crust topping, choosing from the following recipes below. When the pie has baked for 50 minutes, add your topping to the pie, spreading evenly, slightly pressing down into the filling. Bake for another 20 minutes, or until your topping starts to turn golden in color.

Remove and let cool before serving. 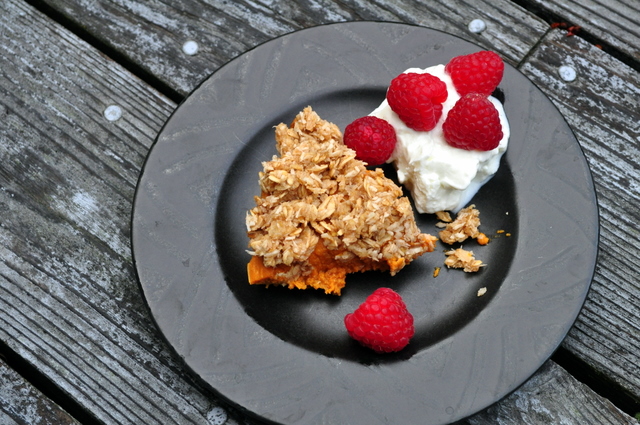 In a large bowl, mix the almond milk, honey, tahini, cinnamon, and salt together, well.

Both of these toppings are wonderful. I have use the Paleo Crumble Topping before for my Plum and Peach Pie. The Cinnamon Cobbler Topping is great, too! If you have leftovers of the topping, simply spread evenly into a glass Pyrex baking dish and bake at 300 degrees for 20-30 minutes, or until golden brown. You’ve got yourself some tasty granola! 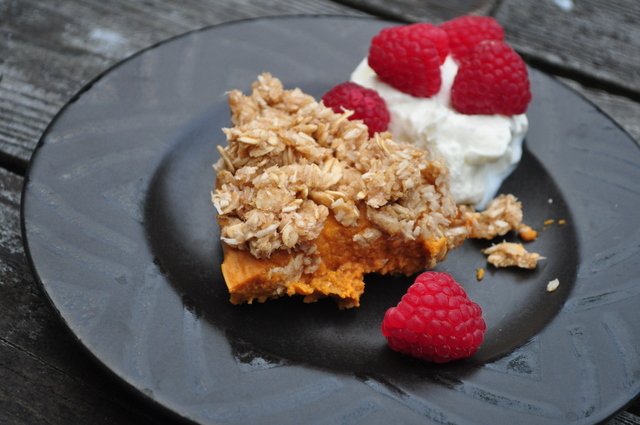 Serve with a dollop of Greek yogurt and some berries, and you’ve got yourself dessert. 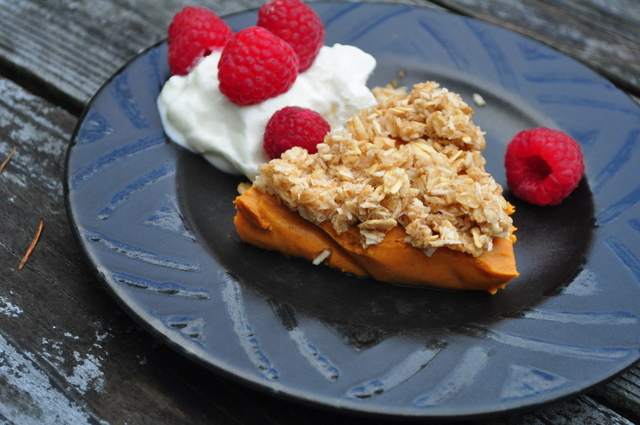 What does Thanksgiving remind you of?